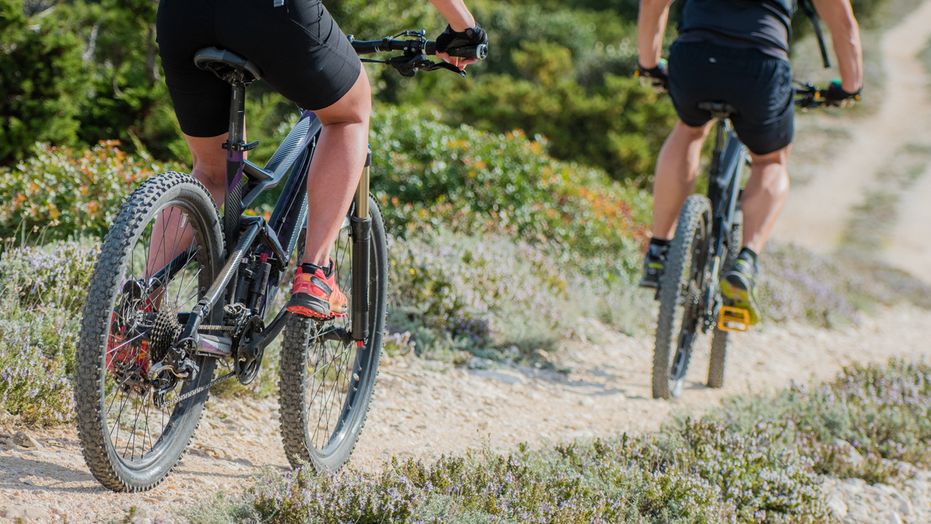 We’re surprised she had any energy left to say “yes.”

A cycling enthusiast in Texas recently asked his girlfriend to marry him after guiding her on a 15.7-mile bike route through the Houston area, which – unbeknownst to her – spelled out the words “Marry Me” when viewed on a map of the city.

"So I went on a bike ride with my GF and showed her a nice surprise at the end of our ride," Jon Blaze wrote on Reddit. "She said YES!" (Jon Blaze)

The cyclist, Jon Blaze, initially shared the news on Reddit, where he claims he showed girlfriend Thau Nguyen the “nice surprise” at the end of the ride.

“She said YES!” he excitedly confirmed.

"We ride together at least twice a week. We also lead multiple social rides in Houston," Blaze told KTRK, adding that he’s wanted to propose for over a year.

"I went from being so annoyed by all the crazy turns we did to being completely shocked and with the biggest smile on my face," Nguyen added.

Blaze and Nguyen, who document their shared love of cycling on Instagram under the name Cycling.Couple, also shared photos from their engagement shoot.

Blaze also said he was lucky Nguyen didn’t ask too many questions during the ride.