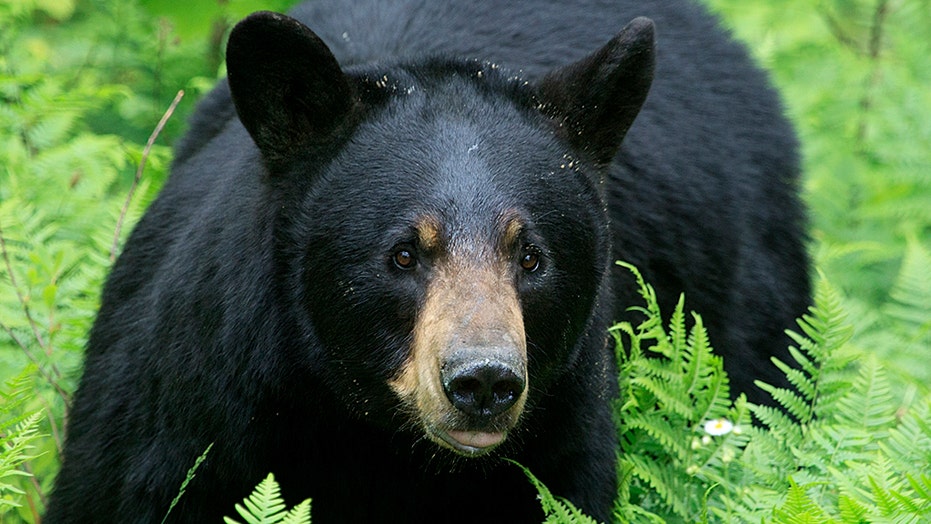 One Canadian man claims that his guard dog is in cahoots with a local black bear, with the bear allegedly giving the dog deer bones to munch on in exchange for full access to the household trash. Though the dog owner has not yet witnessed the strange exchange, he has shared his suspicions on Twitter in series of posts that have gone massively viral online.

On May 8, Jesse Jordan took to Twitter to discuss his dog Brickleberry’s troubling new habit of accepting late-night snacks from a hungry wild animal.

“My idiot furry son has one job at night - bark at things and make them go away. Easy, right?” the Northern Ontario man wrote online. “However, a bear has learned that my furry son can be bought. This is the third time he's been gifted deer bones in exchange for being allowed access to my trash, and he keeps doing it.”

Jordan shared images of his mastiff, hound and Beagle mix looking un-bearably happy with his gifted deer bones – and the mess of trash the bear evidently left behind – in post that has since earned 323,000 likes, 82,000 shares and over 2,000 comments.

The man went on to detail that he raised Brickleberry, otherwise known as Brick, by hand, as the pup’s mom passed away soon after he was born, and that the pooch is “great with kids and apparently bears.”

Responding to commenters who voiced concern for the dog’s safety, Jordan insisted that his large dog was safe outside, as bears are “a nuisance in northern Ontario and not typically a threat.”

As for his suspicions, the pet parent told People that realized something was awry when he spotted Brick chewing on a mysterious bone he didn’t buy for him – and a mess in his yard.

“I opened my front door to see the garbage bags shredded to pieces, their contents all over the yard, likely from being shaken to get the ‘good stuff’ out,” Jordan recalled. “Brick was chewing on something that I initially figured was something from the garbage, or maybe a stick — but it turned out to be a big chunk of bone that absolutely wasn’t anything I had bought him,” he adds.

A stock image of a bear in the wild in Ontario, Canada. (iStock)

While the father of three has not yet caught the bear making mayhem, the news comes as no surprise through the spring season.

“This time of year, black bears are notorious for raiding trash bins, camps, cottages, orchards,” Jordan dished. “Literally anything that smells like food.”

Commenters, meanwhile, had a whole lot to say about the hilarious allegations.

“This just sounds like you're not paying him enough. If the bear is offering a better deal, you can't blame him for taking it,” one commenter chimed in. “Capitalism.”

“This is the correct take, if you gave him deer bones, he would bark to protect the bones from the bear,” another agreed. “Pay your workers!!!”

“The dog is simply being paid what the market will bear,” one joked.

“One might call that the ‘arf’ of the deal,” another cracked.