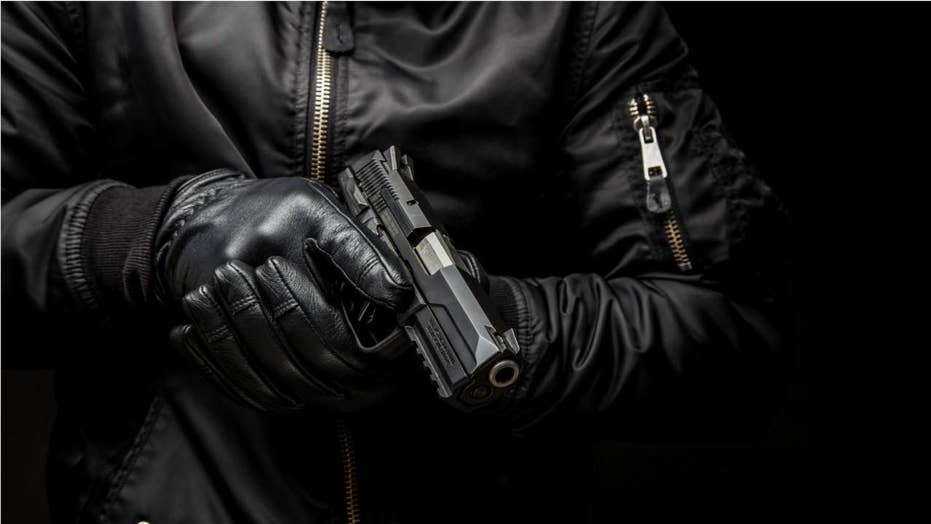 Man staged robbery to propose to his girlfriend

A New York man staged an elaborate prank robbery to propose to his girlfriend.

What’s more romantic than an adrenalin-pumping proposal that leaves your bride-to-be worried for her life?

A lot of things, probably. But Ray Giuliano was really committed to this idea.

Giuliano recently staged an armed robbery at a convenience store in Erie County, N.Y., to propose to his girlfriend because, for some reason, the groom-to-be thought the elaborate prank would be the perfect way to pop the question.

"I was going for 'scared' with a happy moment afterwards. I wasn’t going for 'terrified,'" he told Inside Edition.

However, 'terrified' is seemingly what he got, according to the security footage that captured the proposal. In the video, a man appears to be attempting to rob the convenience store with a gun, before leaving and then coming back in. He then follows the store clerk, Giuliano, and his frightened girlfriend into the back.

In the footage, Giuliano's then-girlfriend is seen cowering on the floor — and also begging for her life — as the "robber" approaches the pair and asks if the woman is Giuliano’s “girl,” before stating that he “do[esn’t] see a ring” on her finger.

Giuliano replies that the two aren’t married, which prompts the pretend-robber to reach into his bag and hand a ring to Giuliano, who then turns and proposes to his terrified, crying girlfriend — who only moments before was crying out, “Oh please, no! Please, no!”

She accepts, but later adds, laughing nervously, that she's "going to kill" Giuliano.

The store owner, the robber and groom — who were all in on it, and apparently believed this to be a good idea — had alerted the police about their plan beforehand, and reportedly shut down the store so no one else would enter. They also used a prop gun to make it “as safe as possible,” Giuliano told Inside Edition.

His now-fiancé also reportedly called him a “bonehead” for the stunt. And, according to Giuliano, he has apologized “7,293” times for the ordeal.

In an attempt to give his future bride a more romantic proposal story, Giuliano proposed again on a bridge in Manhattan’s Central Park, Inside Edition reported.