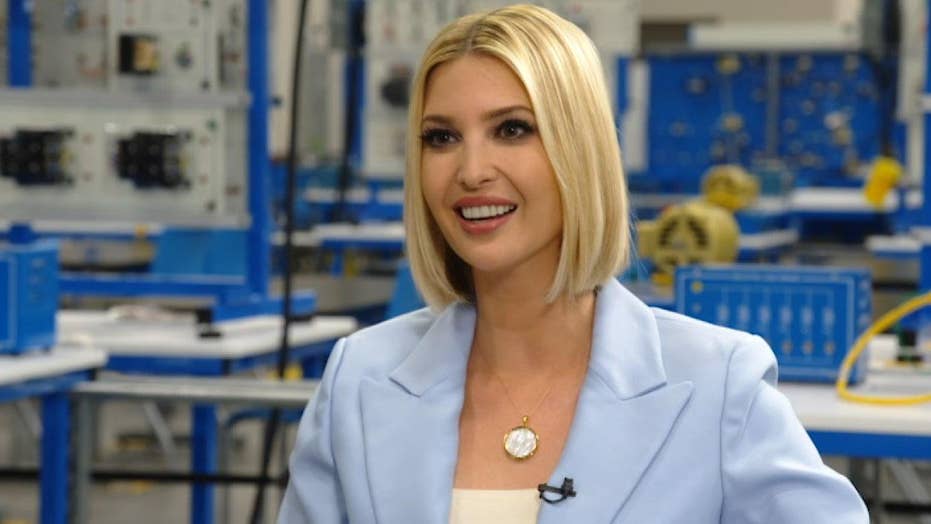 Who wore it better?

Ivanka Trump appears to have gone shopping in mom Ivana’s closet for a recent wedding weekend in Rome, sporting a glitzy Bob Mackie cocktail dress worn by her mother 28 years ago.

The 37-year-old senior White House adviser accessorized the vintage number with a swept-back updo, red lipstick and gold strappy heels, in a picture temporarily shared to her Instagram story.

According to the outlet, Ivana Trump first wore the Bob Mackie dress in 1991, and her only daughter has since borrowed the fringed look twice. Ivanka is said to have first worn the sparkling frock to fashion designer Joseph Altuzarra’s wedding in 2014, style blog White House Fashion reports.

Ivanka Trump appears to have gone shopping in mom Ivana’s closet for a recent wedding weekend in Rome, sporting a glitzy Bob Mackie cocktail dress once worn by her mother 28 years ago. (Ivanka Trump/Instagram)

The first daughter and husband Jared Kushner, in-laws Karlie Kloss and Joshua Kushner, the Duke and Duchess of Sussex, Princesses Eugenie and Beatrice, and Katy Perry and Orlando Bloom, were among the 300 guests at Nonoo and Hess’ multi-day wedding celebration, held at the swanky Villa Aurelia, which The Sun describes as “one of the most sought-after and exclusive wedding venues in Rome.”

Nicknamed the "sultan of sequins," Mackie, a fashion designer and nine-time Emmy award winner for costume design, has dressed stars including Cher, Carol Burnett, Carol Channing and Liza Minnelli, according to an official biography.