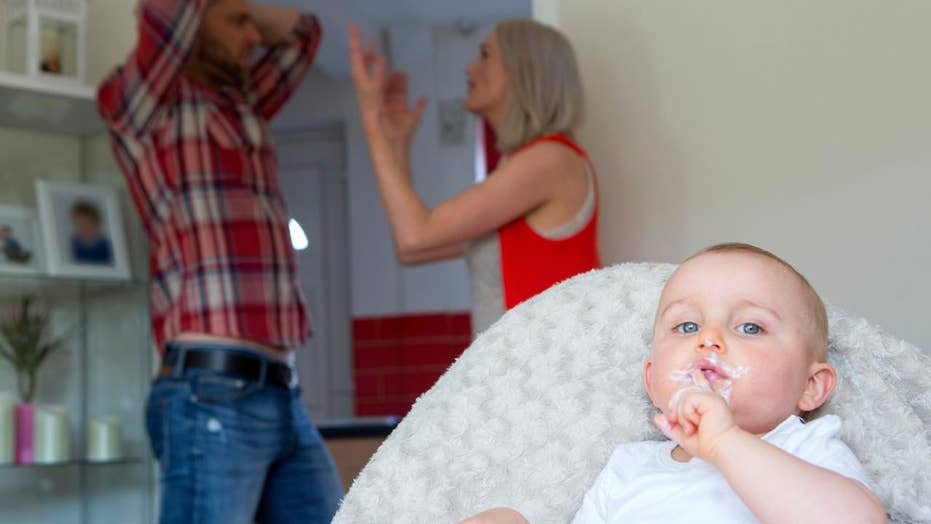 How not to hate your husband after kids

When you have kids, your once-peaceful relationship may get turned on its head. But it doesn’t have to crumble. For insight and humor on how to keep your marriage intact, Dr. Manny spoke with Jancee Dunn, author of “How Not To Hate Your Husband After Kids”

Before we became parents, my husband, Tom, and I rarely fought. That changed when we had a baby — when we added a little one to the mix, we started battling all the time. Most of our arguments revolved around the fact that while we both worked full time, I was doing virtually all of the child care and chores around the house. In the meantime, Tom’s life didn’t change that much (in fact, he took up long-distance cycling soon after our daughter was born). I felt ashamed that we were fighting so much, which probably wasn’t helped by my social media feed, where every parent with a newborn looked beaming and in love.

My husband isn’t a jerk — he is a nice guy who had assured me before our baby came that he would help out. It just didn’t work out way. We are not alone: Research from couples therapist John Gottman found that 67 percent of couples see their marital satisfaction plummet when they have a baby.

MAKE UP OR BREAK UP? A RELATIONSHIP EXPERT'S ADVICE FOR ANY SCENARIO

I write about health for O, the Oprah magazine and other publications, so I knew plenty of experts — from behavioral psychologists to couples counselors to neuroscientists. When I consulted them, I learned pretty quickly that I was half of the problem.

For instance, there’s this widespread behavior called maternal gatekeeping — that’s where mothers limit or control fatherly participation. I realized I was doing it all the time: If Tom bathed the baby, I’d hover over him, pointing out that he was holding her the wrong way. If he struggled with putting her onesie on, I’d roll my eyes. My favorite phrase was “Just give her to me,” and then I’d reach over and grab her and finish the job myself.

When a mother does this, it puts off a hesitant or insecure father — and who isn’t hesitant at first? So my husband stopped trying — and then I would blame him for not helping out. This was a situation I created yet one I promptly corrected by encouraging him to join in.

There are a few differences between men and women that do seem to affect the way we parent. One of the most interesting things I discovered was this: One of our most frequent fights was over the fact that Tom never got up when the baby cried, whereas if I heard the smallest whimper from our baby, I rocketed out of bed. I used to accuse him of faking it, but then I found a U.K. study in which researchers measured the brain waves of sleeping mothers and fathers. They found that while a crying baby was the No. 1 nighttime sound most likely to wake up a woman, it didn't even figure into the male top 10 — lagging behind car alarms. And strong wind.

6 MYTHS ABOUT DATING OVER AGE 50, DEBUNKED

They theorized that this behavior may have an evolutionary basis: Women were more attuned to potential threats to their offspring, while men were more responsive to disturbances that posed larger threats to the whole clan. Knowing all of this might have cooled my resentment.

My most intriguing expert was a former crisis negotiator from the F.B.I. named Gary Noesner. They are able to quickly calm down a so-called “agitated individual,” so why not a keyed-up spouse? Our pattern of fighting is a very common one that psychologists call pursuer/distance — where one person yells (that would be me) and the other avoids or ignores the yeller.

He passed along a number of valuable tips to me that have really worked at tamping down arguments.

First, keep a level tone. The harder we push, the more likely we’ll be met with resistance.

Next, contain the situation: Keep your argument on the issue at hand, and don’t let it spill into digging up dirt from years ago.

Then, try paraphrasing, in which you simply re-state your spouse’s issue in your own words. This was an invaluable technique. As several crisis negotiators told me, agitated people just want to be heard and understood. My husband paraphrased me recently by saying, “You’re upset that I’m lying on the couch playing computer chess while you’re cooking dinner, checking homework and emptying the dishwasher.” I said, “Yes — yes, you’re right.” It’s disarming, and you can’t fake a paraphrase: You actually have to listen to the other person.

And finally, offer what the Noesner calls “minimal encouragements,” which are short phrases to convey interest and concern, such as Yes, Okay, I see. It works like magic to calm me down. Not to mention that it’s also hard to argue with my husband when he’s saying, “Yep. Yep. Yep.”

New York Times bestselling author Jancee Dunn was a staff writer at Rolling Stone for over a decade, and a veejay at MTV for five years. She writes for many publications, among them the New York Times, Vogue, Food & Wine, and Parents, and was a columnist for GQ and O, The Oprah Magazine. She lives in Brooklyn with her husband, the author Tom Vanderbilt, and their daughter. For more go to janceedunn.net