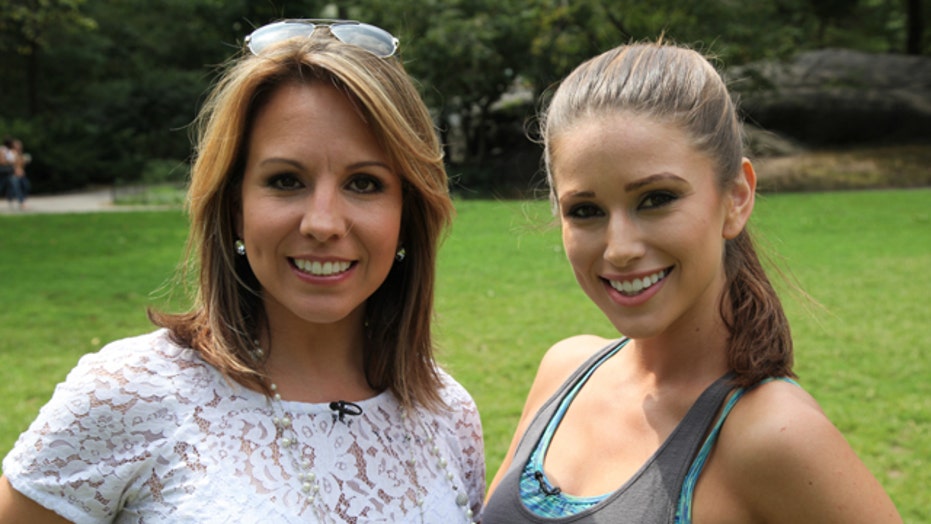 Nia Sanchez is the current Miss USA, and she also happens to have a 4th degree black belt in Tae Kwon Do.

"I have learned, or come to learn over the years, that Tae Kwon Do is more than just a physical sport, more than just the discipline," Sanchez said. "It’s really a way of life."

In many ways, the martial art has come to define Sanchez. It built her confidence up as a shy 8-year-old, it was a bonding experience for her and her father, and it helped her during her parents' separation.

At one point, Sanchez lived in a women's shelter with her mother.

"Not everything has been handed to me," Sanchez explained. "My parents separated and she didn’t have anywhere to go." The shelter provided daycare and allowed for her mother to go out into the workforce, get a job, save money and she was eventually able to live on her own.

Sanchez opened up about her past in an interview with Fox News’ Alicia Acuna in which she explains she isn’t ashamed of her past. In fact, as Miss Nevada she visited shelters regularly in Las Vegas.

“It is easy for people to judge,” she said. “I think that sometimes there is a stigma, that it’s maybe a bad place, but I hope that me being Miss USA does provide me a platform, that I can really expose the light that there is in that kind of place.”

Today as Miss USA, she continues to reach out to young women in shelters.

“Oh, it’s brought tears to my eyes before, many a time,” Sanchez said. “They say you know, 'you’re Mexican-American and so am I. Like if you can do it, I know I can do it'.”

In fact, empowering and encouraging young women is at the center of Sanchez’s mission during her current reign as Miss USA.

“I define beauty as coming from the inside out,” Sanchez said, while admitting she doesn’t know how to do her own makeup and hair, and she’s just trying to be the best person she can be while helping others lift themselves up from within.

Despite her busy schedule, Miss USA continues to teach Tae Kwon Do classes and sometimes she gets to practice her favorite move – the superman button - on her current boyfriend, actor Daniel Booko. “I hear that like the secret service does this to get through crowds,” she said.

She describes her boyfriend as the perfect fit, which is far different than one of her past relationships when she was victimized.

“I’ll say that I was never hit,” she explained. “It was an aggressive – a very aggressive relationship. I had a car window broken. I had a bruise on my arm from being grabbed and pulled so tight and the – the first time that he touched me that time where I had an entire handprint bruise on my arm was the last time I ever saw him … and I just feel very blessed that I had the strength to leave because I know that it’s hard because you feel like you’re in love with somebody.”

Sanchez acknowledges that her life changed in a second when she was crowned Miss USA, but it’s evident she hasn’t let the moment change who she is.