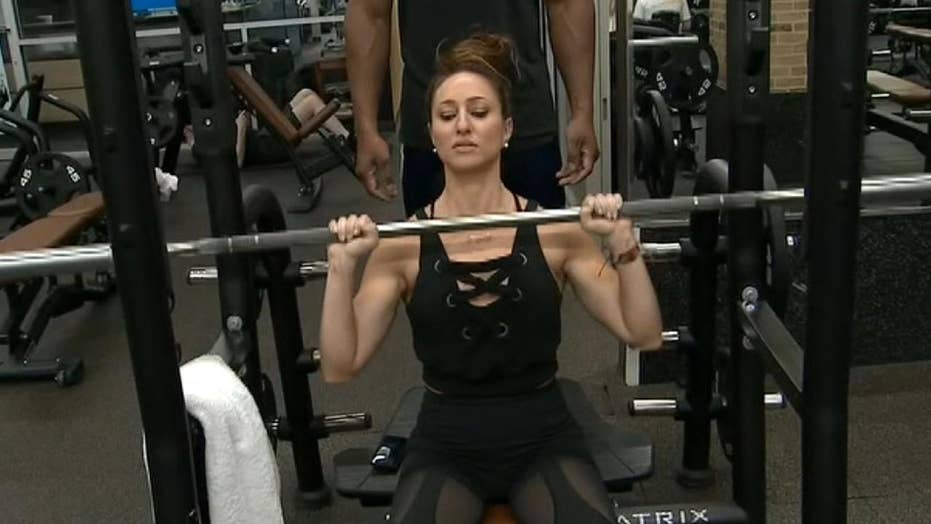 Survey: Intimidation keeps many Americans from going to the gym

In a recent survey of 2,000 people, half admitted to feeling 'gymtimidated' by the prospect of working out among other people in a gym.

Gymtimidation is real: One in two Americans have been found to be intimidated at the thought of working out at a gym.

The study of 2,000 Americans looked at people's fitness routines and habits and found that as many as 50 percent feel the idea of working out among other people in a gym environment is a daunting prospect. A further 31 percent admit to feeling anxious when thinking about trying to get into shape overall.

In fact, 48 percent of Americans feel intimidated by the number of fitness workouts and classes out there.

PLANET FITNESS APOLOGIZES FOR KICKING OUT MAN WITH TOURETTE'S

One in two Americans have been found to be intimidated at the thought of working out at a gym. (SWNS)

The study, conducted by OnePoll in conjunction with Isopure, examined the fitness habits and trends of 2,000 Americans, and found that 37 percent of those who have never worked out think they are too unhealthy to even start exercising.

When it comes to the intimidation factor, it’s not just in the gym where this feeling is prevalent, either. Thirty-six percent reveal that running outside is more intimidating than starting an exercise routine.

But it’s not just the workouts that Americans are intimidated by. It turns out that 48 percent don’t make healthy food or drink choices while another 45 percent complain that they find it too difficult to eat healthy.

Even those who do have a fitness routine feel stuck in a rut. Two in five of those surveyed admitted to feeling like they had reached a physical plateau.

“Consistency in your fitness plan is fundamental to get results, but eventually the body adapts and plateaus can occur. A fresh activity or workout routine can help break you out of the fitness rut by forcing you to adapt,” says Isopure General Manager, Jonathan Thompson.

For those that have a workout routine, 38 percent are moving their bodies in the same ways and never switching things up. In fact, 23 percent are not happy or satisfied with their fitness regimen.

But why aren’t people changing things up when it comes to their exercise routines? As it turns out, 22 percent don’t actually know the best exercise for their body type while an additional 18 percent simply don’t like change in general. Other reasons to sticking to a sub-par fitness regimen included sticking with what has given them positive results in the past (13 percent), intimidation by all the machines at the gym (11 percent) and fear of gaining weight (6 percent).

Getting stuck in a gym rut could be a result of a number of things. Forty-eight percent of those who feel stuck in a rut revealed that they haven’t seen a change in their body in a while, while another 41 percent admit that they’ve noticed they’ve hit a plateau with their weight.

Americans who are stuck in gym ruts are also beginning to notice their bodies changing in a negative way. Forty-one percent of those stuck in a gym rut revealed that they’ve noticed that they’ve gained weight without changing their diet. Another 39 percent admitted to not seeing any improvement in their strength or cardio ability as a sign of being stuck in a fitness rut.

“Often times people not only find themselves in a fitness rut, they also encounter fatigue when it comes to their meal plan and supplementation,” says Isopure Brand Manager, Jonathan Ochoa.