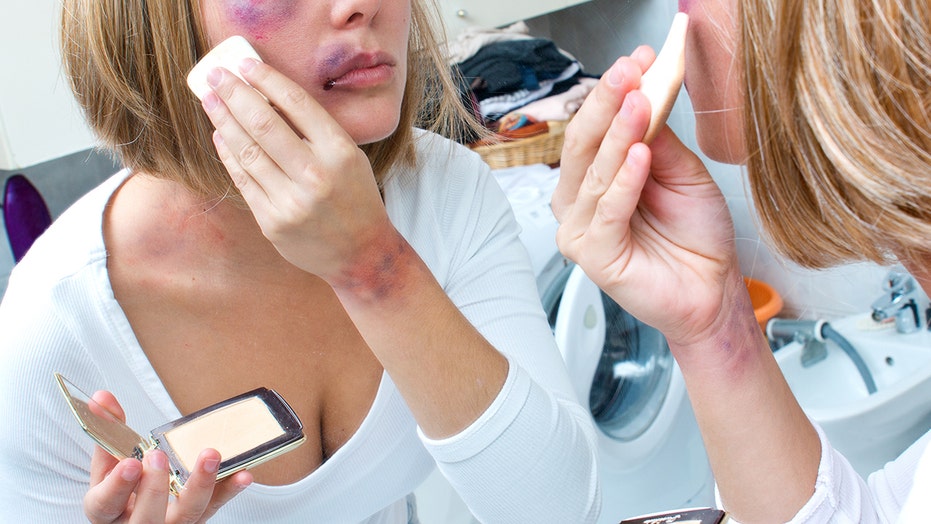 One teenage TikTok star has caused a stir with a controversial video highlighting the signs of domestic abuse — and just how victims can skillfully disguise injuries with cosmetics.

The 16-year-old girl, named Amber, recently shared a quick clip of herself lip-syncing to Lily Allen’s tune “Not Fair” as she nimbly concealed fake bruises on her orbital bones and forehead with a makeup sponge.

“Oh he treats me with respect. He says he loves me all the time. He calls me 15 times a day. He likes to make sure that I'm fine,” Amber nervously lip-synched along as she fussed and fidgeted in the video. In a caption of the clip, she wrote, “[When] your friend is trying to convince you the bruises you spotted aren’t from her boyfriend.”

#pov your friend is trying to convince you the bruises you spotted aren’t from her boyfriend. #fyp

Published on the teen’s @MakeupByAmber page, the video has since received 208,000 likes and 600 comments as of Wednesday afternoon.

Some users even came forward and identified themselves as victims of domestic abuse, and thanked the girl for raising awareness of often-ignored warning signs, per BBC.

“Thank you for doing this. I'm a survivor,” one TikTokker revealed.

"This is so powerful. I'm going through this with a friend now who always makes excuses and brushes it off," another echoed.

Critics, meanwhile, felt that Amber’s message was too “dark” for the lighthearted social platform and argued that she produced the video to simply grow her following.

"This ... is not the right way to raise awareness," one charged.

Another said that domestic abuse "really does happen to people and they don't make TikToks about it.”

In a Jan. 9 interview, Amber argued that she was not inspired to make the video for attention, but rather because a family friend had suffered abuse.

"The message of the video is don't ignore the signs of domestic abuse. If you have the slightest concern, bring it up with the person,” the student told BBC.

"I feel domestic abuse is something that should have more awareness."

According to the National Coalition Against Domestic Violence (NCADV,) an average of 20 people experience intimate partner violence every minute in the U.S. alone, which equates to more than 10 million abuse victims annually. It accounts for 15 percent of all violent crime and is most common against women between the ages of 18 to 24.

The National Domestic Violence Hotline provides anonymous, confidential help and can be reached at 1-800-799-7233 (SAFE.)