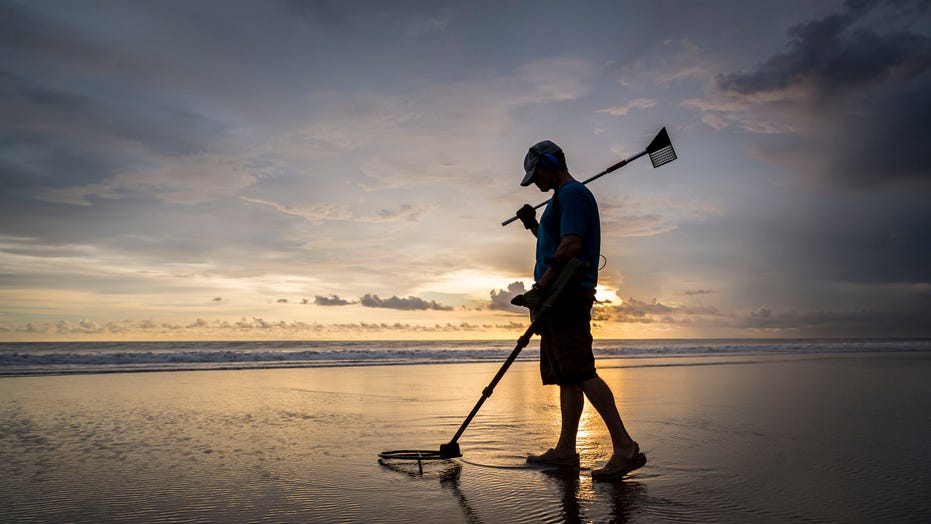 It’s not every day that a trip to the beach ends with someone holding $10,000 in their hands.

A Florida man had a fruitful trip to the beach when he discovered a woman’s diamond ring while using a metal detector. Now, he says he plans on returning the valuable piece of jewelry to its rightful owner.

Derek Smith was searching the waters at Madeira Beach, Fla., when he made the find, Fox 13 reports. He had reportedly been contacted by a woman who said she recently lost a diamond ring in the area.

HUNTER IN HAWAII CAPTURES PYTHON; OFFICIALS CAN'T EXPLAIN HOW IT GOT ON ISLAND

In a video uploaded to Youtube, Smith captured the moment when he found the ring, seemingly buried in the sand in shallow water.

Using his metal detector and a special scooping device, Smith scanned through the area, finding various other pieces of metal and lost jewelry. When he finally found the ring, all he could initially say when he looked in his scooper was “Oh my God.”

While still filming, Smith asked, “Guys, I came here looking for a lady’s diamond band, you suppose this is it?” Later in the video, he explained that the woman’s name was engraved on the inside of the ring. He can also be heard estimating the value of the ring to be $10,000.

In the footage, the ring appears to have one large diamond and several smaller diamonds embedded around it.

According to Fox 13, Smith plans on returning the ring to its rightful owner. According to the news outlet, he described finding the ring as one of the greatest feelings in the world.