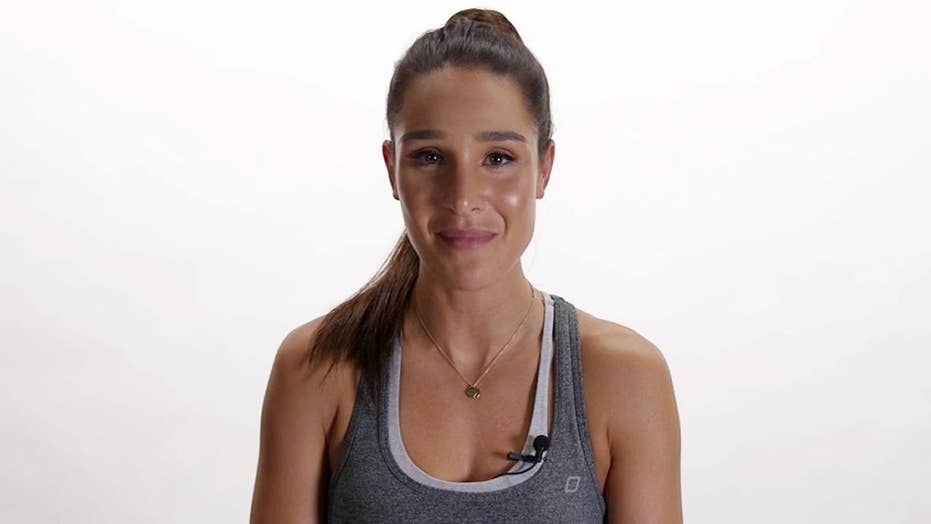 Kayla Itsines: What you DON'T know about the fitness guru

Fitness guru Kayla Itsines shares some fun tidbits about her life, likes and wants that you may not have known

She’s been named the world’s most powerful fitness influencer, with a $46 million empire, worldwide stadium tours, the richest exercise app in Apple’s Store and more than 20 million followers online.

But 26-year-old Australian social media wunderkind Kayla Itsines is striving to change the medium that helped make her famous, and let women know there’s more to life than faultless selfies, photoshopped bodies and pretending to be perfect on the internet.

The Adelaide-based fitness celebrity, visiting Sydney with her app’s new trainers Sjana Elise Earp and Kelsey Wells, said she was determined to ensure social media did not hold back or discourage women of different fitness levels and sizes.

“We all get bloated, we all have stretch marks, it’s just completely 100 percent normal. We talk about those things to make it more real.”

And Itsines, who recently spoke out about being branded “too skinny” on Instagram, predicted an imminent groundswell against negative body image messages online as more women rebelled against them.

“Coming in 2018 there’s going to be a big trend focusing on body confidence,” she said.

“There are some girls on social media at the moment who are pushing this big (idea) that it doesn’t matter what you look like, it matters what you feel like, and that’s what we’re pushing as well.”

Itsines said some of her favorite examples of inspiring women railing against online stereotypes included the joint account of Australian models Kate Wasley and Georgia Gibbs that showcased women of different shapes standing together, and mother Lexie Woodmansee who shared the unfiltered, sometimes unglamorous stories behind her fitness journey.

Itsines said exposing what goes on behind the scenes of a photo can help shut down unrealistic expectations and create more supportive online environments.

“It’s really important to talk about why you took that photo … or the hard work that goes into everyday life, or goes into yoga, or becoming a mum, or after you have a baby,” she said.

“You have to talk about those things. What’s the point of social media if you’re just going to upload a photo and say nothing? Our aim is to motivate and inspire.”

The fitness entrepreneur is well placed to make an impact, having recently published a book, finished a worldwide stadium tour with stops including London and New York, and established a growing global audience for her Sweat app, which features workouts in eight languages and last year became the richest fitness app in Apple’s Store.

Itsines said adding yoga and post-pregnancy workouts to the app from Earp and Wells — friends with their own online communities — was designed to expand its reach and give variety to her loyal followers, some of whom are now on “week 159” of her workouts.

“There’s a lot of communities young entrepreneurs have built up through fitness and that’s the aim. That’s how you keep your brand for a long time.”