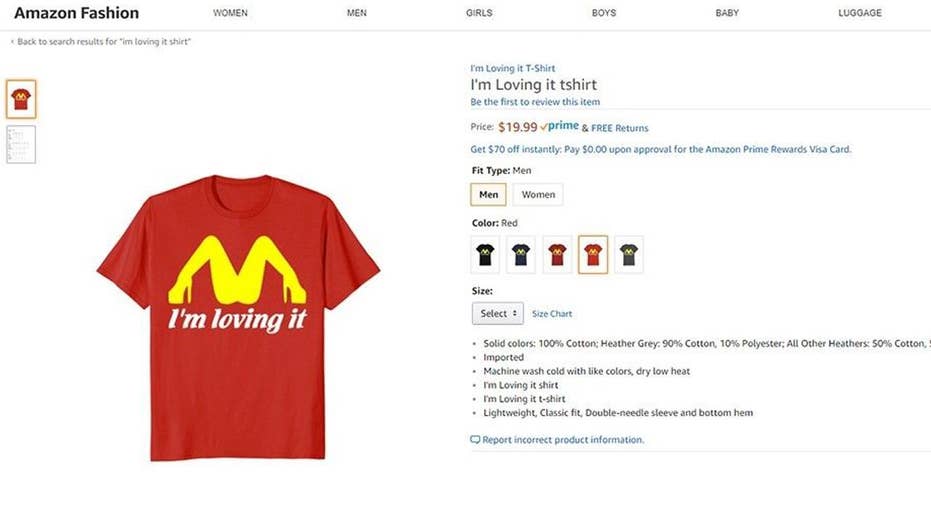 A Texas mom apologized and promised to better 'monitor' what her kids are wearing after her son wore a lewd X-rated McDonald's parody shirt to school.

A Texas mom is apologizing for not monitoring her son’s clothing close enough.

Shelly McCullar sent her son, Anthony, to school at Travis Elementary on Wednesday in what she thought was a McDonald’s-logo t-shirt. But the mom was in for a surprise when Anthony got home and she took a closer look at what he was wearing – an X-rated McDonald's parody featuring a pair of parted women's legs wearing heels with the tagline, “I’m loving it” written underneath.

“I promise from now on to monitor what my kids are wearing!” McCullar wrote in a now-viral Facebook post. “I had no idea Anthony wore this to school.”

According to the Facebook post, which has been shared over 100,000 times, McCullar received a box of hand-me-down clothes for Anthony from a friend, but she hadn’t yet gone through the bin to see what was in it. Anthony said in a posted video that he just grabbed the shirt thinking it was "like McDonald's" and went to school.

"Just to clarify, I would never let my kid wear something like this. A friend had given me some hand-me-down clothes for Anthony. I haven't had the chance to completely go through them. I will tonight though!” she wrote in the post.

McCullar offered her “sincere apologies to the teachers and staff” at her son’s school, along with her “embarrassment” at having let him wear that shirt out.

However, the teachers, like McCullar and Anthony, did not seem to notice the lewd content of the t-shirt.

In a video posted to Facebook, McCullar asks Anthony if any teachers stopped him, to which Anthony replies that “they thought it was like McDonald’s too.”