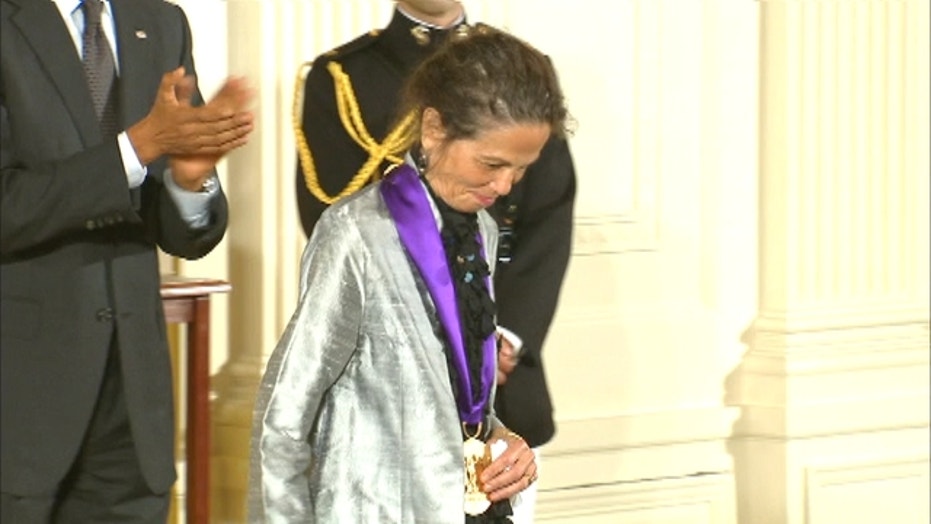 Dominican-American author Julia Alvarez said traveling from her small town in Vermont to the White House to receive an honor from the President was “surreal.”

The 64-year-old author, speaking via phone a day after receiving the National Medal of Arts from President Barack Obama on Monday, told Fox News Latino the coveted award is humbling in so many ways and she feels a huge sense of gratitude for the people who helped her along the way.

“You are always part of an extended familia,” Alvarez said. “You are who you are because of immense network… and people telling you ‘You’re a storyteller.’”

The “How the Garcia Girls Lost Their Accents” author said when the White House first told her about the honor, she was shocked but had to keep it quiet until an official announcement was made. She said it was a surreal experience.

“Who would have thought a small Dominican girl could be an American writer when I arrived to the U.S. in the 60s and (get an award) from an African-American president?” Alvarez said. “The Civil Rights movement had just started.”

The reaction from fans all over the world was mind-blowing, she said, adding that the president of the Dominican Republic, Danilo Medina, also offered his congratulations.

“The best part of being bicultural is that they celebrate you from both countries,” she said.

Alvarez, who also wrote “In the Times of the Butterflies,” was among about a dozen recipients of the Medal of Arts, the nation’s highest award given to artists.

The honor was a particularly special moment for singer Ronstadt, who didn’t make her induction to the Rock and Roll Hall of Fame in April since Parkinson’s disease limits her ability to travel. A military aide brought her into the White House’s East Room by wheelchair, but she walked to the stage to receive her award.

For Alvarez, being alongside Kingston was a blessing as she read many of her works during the start of her career.

“She had a lot of influence on me,” Alvarez said. “She is Chinese-American, but she might as well have been Dominican-American as we had the same kinds of immigrant stories.”

Alvarez, who is a writer-in-residence at Middlebury College in Vermont, said she is taking everything in and, once it all settles down, she will get back to work.

Alvarez said she is putting the finishing touches on her next story about the undocumented migrant workers in Vermont dairy farms.