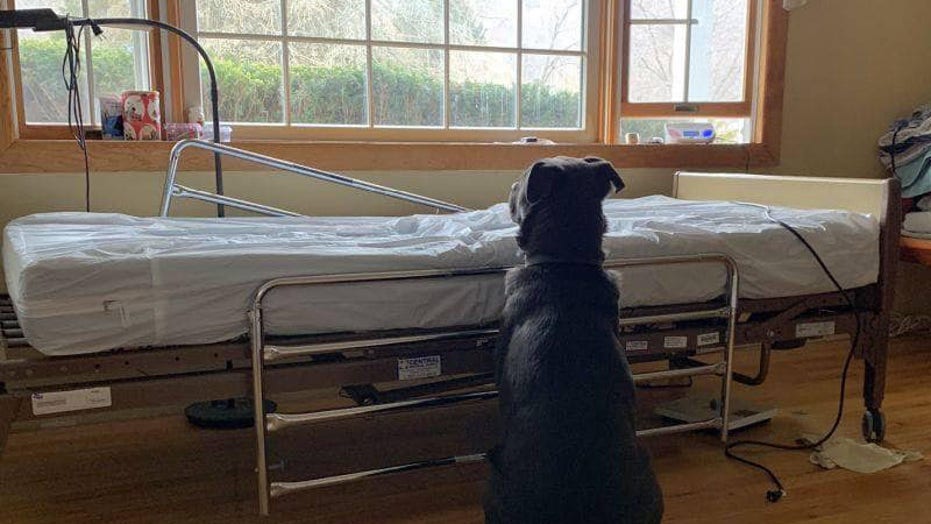 It’s always nice when a sad story has a happy ending.

Last week, an animal rescue in Northern New Jersey posted the photo of a dog sitting by his owner’s empty bed. Moose, a 3-year-old Lab mix, appeared unaware that his owner had recently died and was waiting for him to return.

The photo caught the attention of the Internet, and the shelter that had taken him received hundreds of offers to adopt the dog, Good Morning America reports.

Fortunately for Moose, things worked out. Eleventh Hour Rescue, from Randolph, N.J, confirmed to Fox News that Moose has been adopted.

The tear-jerking photo was originally uploaded to Facebook by NorthStar Pet Rescue in Boonton, N.J., which was working with Eleventh Hour to find Moose a new home. Since it was posted, the photo has been shared thousands of times.

Eleventh Hour posted to Facebook, “Moose has been adopted by a wonderful family who will care for and love him for the rest of his life!” The family that took Moose is a local New Jersey family, GMA reports.

According to the shelter, Moose was found tied to a railroad sign in Georgia back in 2017. After spending several months at a nearby shelter, Moose was moved to Eleventh Hour. It was there that he was adopted by his previous owner, who recently died. The shelter took Moose back in and helped find him a new home.

In a statement to Fox News, a spokesperson for the shelter said, “Eleventh Hour Rescue's adoption policy is that if an adopter cannot keep one of our dogs for any reason, the dog must come back to us, and so Moose did just that.  No matter how crowded we are, we always make room for one of our own.”