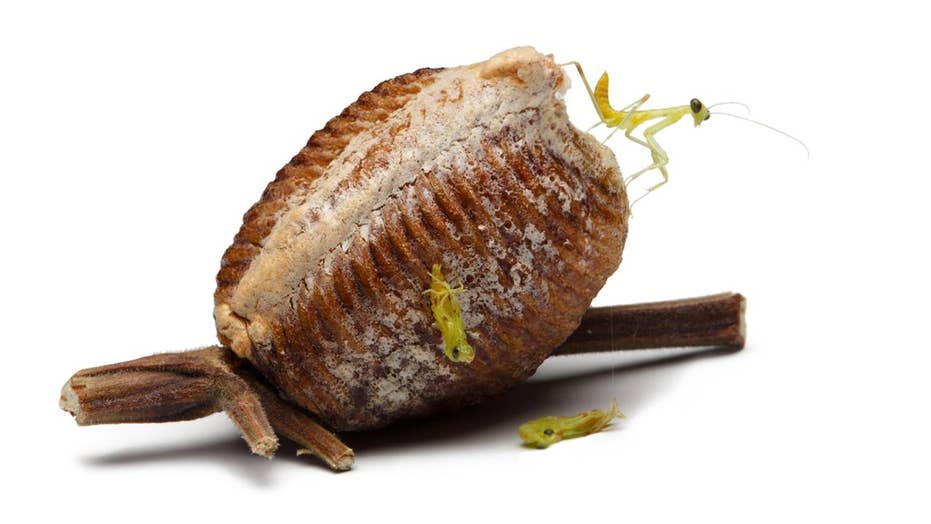 Christmas tree have walnut-shaped masses on it? Don't bring them inside

Among the glistening lights and shiny ornaments, real, freshly cut Christmas trees may be home to nearly 400 praying mantis eggs that have yet to hatch.

One Facebook user’s post warning of the brown, walnut-shaped mass went viral ahead of the holidays in 2017 — and it's making the rounds once again.

“If you happen to see a walnut-sized/shaped egg mass, on your Christmas tree, don’t fret, clip the branch and put it in your garden. These are 100-200 praying mantis eggs!” Daniel Reed wrote at the time. “We had two egg masses on our tree this year. Don’t bring them inside they will hatch and starve!”

If the egg sacs are not removed, they will likely begin to hatch “after being indoors for several weeks,” the Pennsylvania Department of Agriculture, Bureau of Plant Industry states online. “When this happens, numerous tiny mantids swarm over the tree seeking food.”

These cannibalistic creatures will begin to eat one another if they can’t find another food source, according to the bureau, which urged those who purchase real Christmas trees to look for the "light tan, walnut-sized, frothy egg masses on the tree before it is taken indoors."

"Cut out any small twig with an attached egg mass and place it in an evergreen shrub or tree outdoors. In spring, eggs will hatch and the mantids will have appropriate food available,” the bureau added.

While these insects are carnivores, they don’t pose a threat to humans, according to National Geographic.