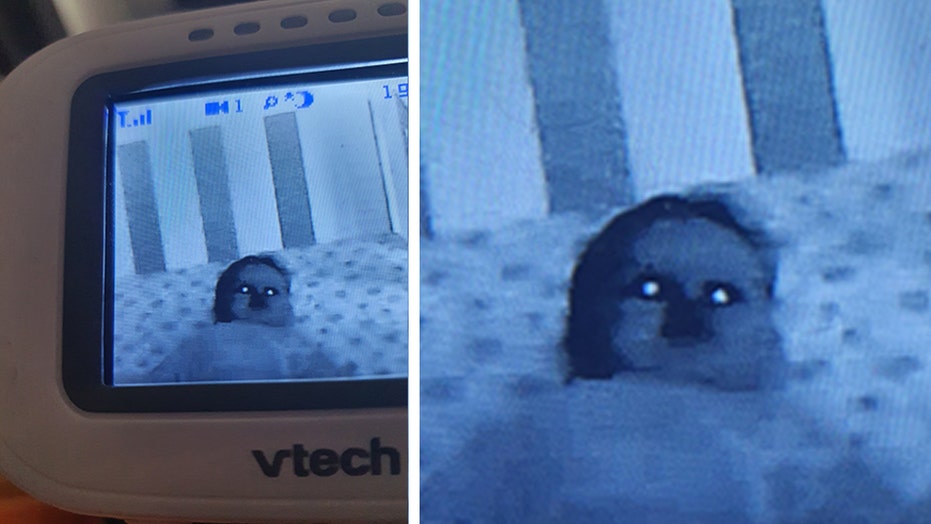 MUST SEE: A terrified mom watching a baby monitor spotted what appeared to be a ‘ghost baby’ in her son’s crib. You won’t believe what the mother discovered upon closer inspection.

An amused and slightly terrified parent recently likened an eerie image of her baby son on a digital baby monitor to “something from a low-budget horror movie” — and Twitter users have since applauded her post with thousands of likes and shares.

In the video still, little Finn can be seen on his back, staring into the camera in an image that many commenters agreed made the tot appear “possessed,” according to Today.

“We got a new video baby monitor and I think that was a mistake,” Bannister wrote in a post that has since gone wildly viral with over 408,000 likes and 83,000 shares as of Monday morning.

Some users joked that the "demonic" youngster might need to be baptized again, while another said the stunning photo was a surefire sign the boy would start to “fly” around age 2.

Others seized the moment to share spooky photos from their own children’s baby monitors, while others offered creepy stories of their experiences with the devices.

Bannister, meanwhile, is taking the creepy image in stride – and good humor.

"When I first started it up and saw that Finn was just silently staring at the camera like something from a low-budget horror movie I absolutely lost it laughing. It was hilariously creepy,” she told Today. “I initially took the picture to share with a group chat of friends. I had no idea it would go this far!"

In related headlines, an Illinois woman was recently shocked to discover the eerie "ghost baby" she saw in her young son's crib via a baby monitor was, in fact, a stock image of an infant on the mattress protector’s tag.