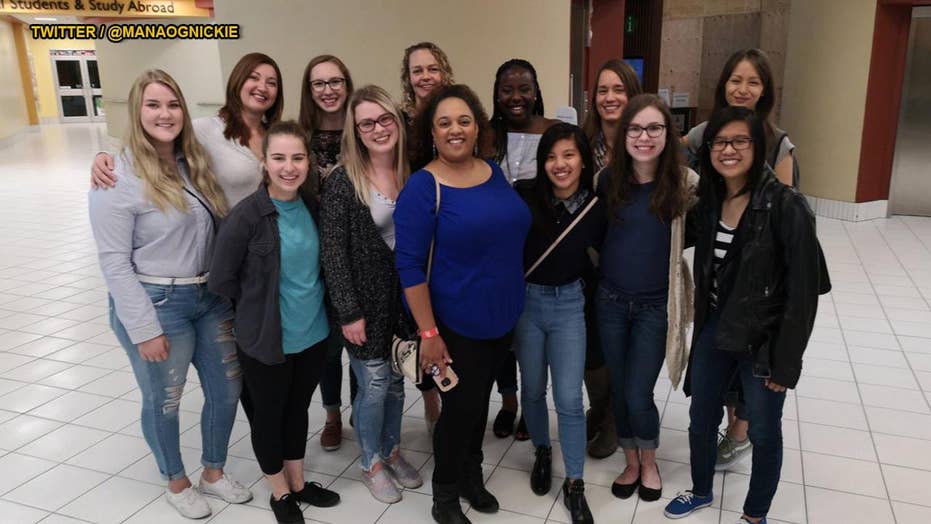 University of Calgary Student Carlos Zetina contacted all 247 people with names or variations of 'Nicole' in the university's email directory in order to find his dream girl after failing to get in contact with her following a night out.

One Canadian college student wasn’t going to let his dream girl slip away after failing to get in contact with her after a night out.

Taking matters into his own hands, the Romeo contacted all 247 people with names or variations of “Nicole” in the University of Calgary’s email directory in order to find his crush — and set off a viral chain of events in the process.

On Sept. 6, university student Carlos Zetina reportedly met a woman named Nicole at a local bar, and helped her and a friend get home safely at the end of the evening. Nicole didn’t give Zetina her last name, and mistakenly gave him the wrong phone number, Huffington Post reports.

Apparently so taken by her, Zetina sent a mass email to everyone with the name or variation of “Nicole” in the university’s email system, in hopes of tracking her down. His hopeful plea soon hit the inboxes of "hundreds of Nicoles, Nicolettes and Nikkis” including “several professors," Huffington Post reports.

“Hi, this is a mass email to all Nicoles if you don't fit this description then ignore and if you are the one and just don't want to talk to me that's okay as well," Zetina wrote in the blast email, as per BuzzFeed News. "If [your] name is Nicole and you're from Holland and you think Nietzsche is depressing then text me.”

Surprised, the Nicoles found the situation hilarious and united on Facebook, in a private group called “Nicole From Last Night.”

"Somebody responded only to the Nicoles and the group and said, 'Should we all tell him that we're his Nicole, all 250 of us?,'” recalled Masters student Nicole Macmillan. "And then it just blew up from there."

A photo of their meetup the following day has since gone viral on Twitter, sparking nearly 2,000 likes and over 550 comments in a closely followed thread.

“This seems like the opening premise for an awesome sitcom,” one commenter mused.

In the days since, the "original” Nicole surfaced and the record was set straight.

According to BuzzFeed, some of the Nicoles were worried that the original Nicole intentionally gave Zetina a fake number, but it turns out that she is an exchange student who had not memorized her new Canadian number.

She didn’t receive Zetina’s email, but found the “Nicole from Last Night” Facebook group and reported that she was able to find her admirer through "the powerful network of Nicoles.”

"We're planning to hang out maybe next week,'' Zetina told BuzzFeed of the saga. "I really didn't expect this to become a big thing.''