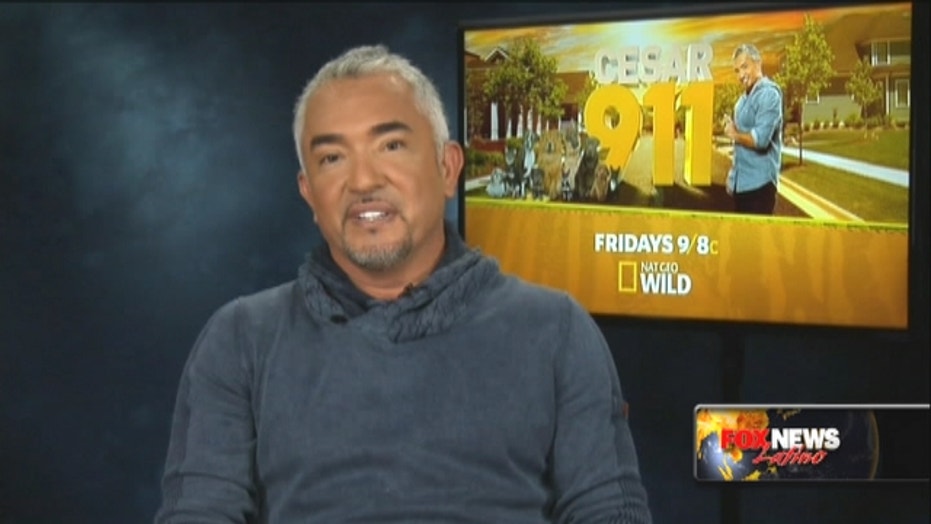 Cesar Millan says Latin America’s dogs are skinnier, but don’t have as many psychological issues.

Millan said he thinks the perfect dog owner is a balance found somewhere between how Latin American families treat their four-legged friends and how Americans treat their dogs.

“Dogs in third world countries like Mexico and Latino America, they are skinny but they don’t have psychological problems. Dogs in America are chunky and I get to have a TV show," said Millan.

“A Latino family keeps a dog at a distance, and barely brings them into intimate space. An American family brings them into intimate space right away, so the dog says 'I own your space where you are sitting and I can sit on top of you,' so the dog becomes owner of the relationship and the environment. Latino families keep them at a distance, distance means respect, that’s why dogs in third world countries appear more respectful.”

Part of the problem is that owners in general don't know how to spoil their dogs the right way.

"What we do is make them unstable," Millan said.

"When you don’t let a dog work for things, he doesn’t know how to learn how to stay humble because he’s not being obedient," he said. "There’s a big confusion in spoiling the right way versus the wrong way.”