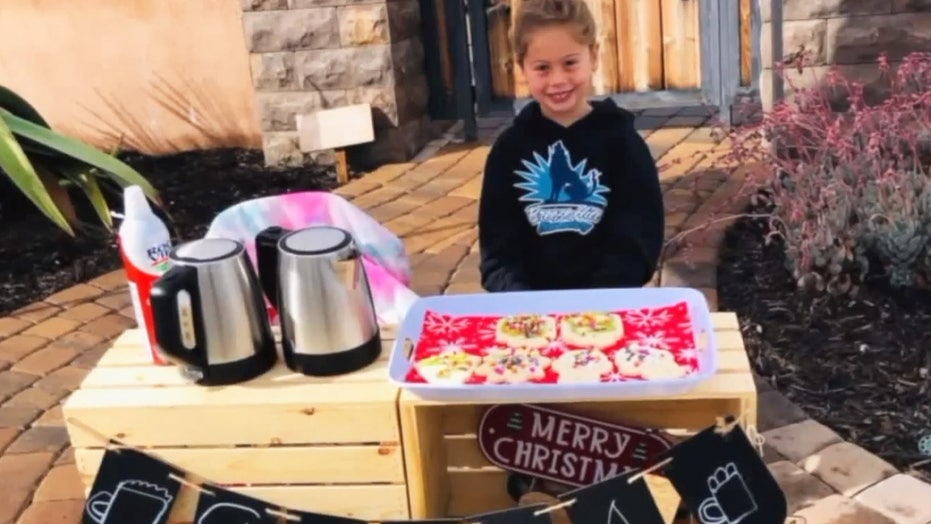 One generous kindergartner in California demonstrated the ultimate act of kindness when she decided to raise money to help fellow students who were unable to pay off their lunch debts.

When 5-year-old Katelynn Hardee learned that some families were struggling to pay off their children’s lunch balances at her school, she decided that she would do something about it.

The young girl had first learned about the hardships after she overheard another student’s mother mention that she was struggling to pay for something.

"She's very inquisitive," Katelynn's mother, Karina Hardee, told FOX 5. "So she started asking me a bunch of questions and I tried to answer as best as I could without too much for a 5-year-old, and just explained to her that some people aren't as fortunate as us."

Katelynn then came up with a plan to help: “I can give money to the lunch people so they'll have money," she said.

After previously hosting lemonade stands during the summer, she figured she’d organize another stand, but this time sell hot cocoa and cookies. She baked the cookies and made the hot cocoa herself, and set up shop for three hours.

On Monday, Katelynn’s mom turned to the school to see if and how she could donate the money.

The money Katelynn raised ended up paying off the lunch balances for 123 students. (Photo: KSWB)

"I just left a note saying my daughter held a hot cocoa fundraiser over the weekend and would love to donate the money to any of the negative accounts," Karina Hardee said.

The money Katelynn raised ended up paying off the lunch balances for 123 students.

"So they can lunch and snack," Katelynn said.

Karina Hardee said she was moved by her daughter's selflessness and the impact her good deed has had on others.

"Her actions do create awesomeness," she said.

Katelynn’s kindness was later celebrated with an award presented to her at school.