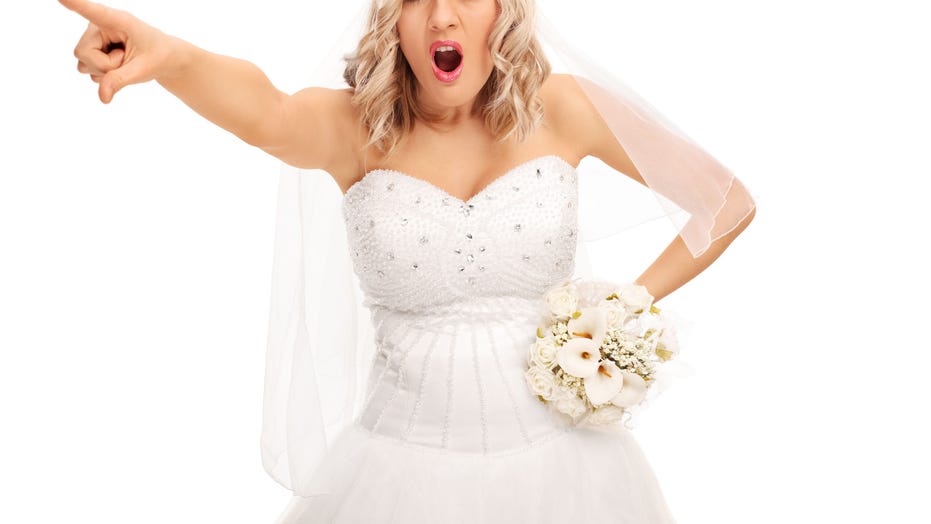 There are other things to talk about.

A bride-to-be took to Reddit to ask if she was being out-of-line by banning a friend from her wedding to avoid drama. Apparently, the friend made it clear she was going to bring up politics at the wedding and refused to follow the bride-to-be’s wishes to avoid discussing possibly divisive topics.

A bride-to-be banned her friend from attending the wedding after her friend refused to avoid discussing politics, even though it might cause drama. (iStock)

Reddit user Doomsdayrightnow shared her story to the site’s forums, explaining that she and her fiancé plan on getting married in December.

She wrote, “I have a friend, let’s call her Emma, who I invited along with few other friends. Yesterday, another one of my friends, Maria, messaged me and warned me about Emma. Maria said that Emma planned on bringing up the topic of politics and what’s going on in our country and having a discussion about it, at my wedding. Politics is obviously a very divisive subject and while I agree that there need to be discussions and debates, I don’t think a wedding is the correct time or place for having any such discussion.”

COUPLE'S WEDDING RSVP ALLEGEDLY OFFERS BETTER MEALS FOR GUESTS WHO GIVE EXPENSIVE GIFTS: 'THAT IS HORRIFIC'

The bride-to-be continued to explain that she wants her wedding to be a “light-hearted affair” and she wants her guests just to be able to relax and enjoy themselves.

“I asked Emma about this and she admitted to everything Maria said,” the post continues. “I told her that discussing politics at a wedding isn’t the best idea and I’d love if she refrained from doing so. She said that she can’t turn off her mind from whatever’s happening in this country and she couldn’t stop herself from bringing up those topics. I was like, fair enough, but then I would have to withdraw the invitation to my wedding.”

Apparently, Emma did not take the un-invite well. According to the post, she’s stopped talking to the bride-to-be and has been posting “passive-aggressive” stories to Instagram about the bride.

Based on the comments, Reddit users seemed to agree that it was fair to ask people to avoid contentious topics at a wedding.

One commenter asked, “People like that ex-guest are so extremely exhausting…. Doesn't she know that's what Facebook is for?”

Another commenter was confused by the former friend’s behavior, posting, “I don’t get it, who ‘plans’ their conversations for an upcoming wedding and discusses it with other guests.”

“It is not about her or about freedom of speech,” added another, “it is about her making a statement from her world and to hell with others. You did the right thing.”