What happens when you bring a dance – shunned by a foreign country – into the U.S.? It blows up.

People at New York City Lincoln Center’s Out of Doors festival got to have a sample of a new Brazilian street-dancing style that was born years ago in the slums of Rio de Janiero. The dance, called Passinho, is Brazil’s version of b-boying or breakdancing.

The concert, called “A Batalha do Passinho,” was sponsored by the Secretary of Culture for Rio de Janiero. Bill Bragin, Director of Public Programming at Lincoln Center, told Fox News Latino that the reception of these dancers have been overwhelmingly positive. 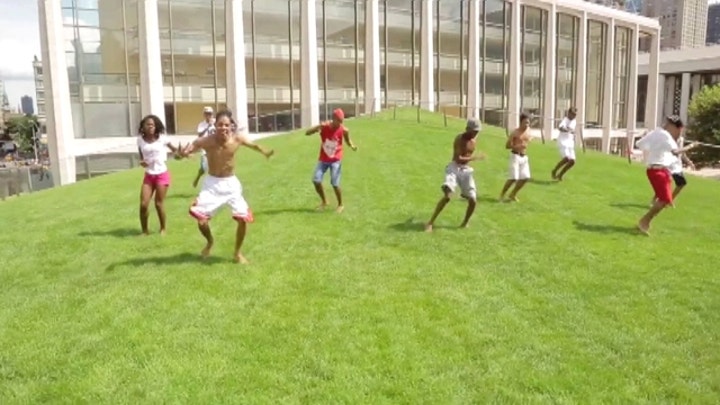 “Everyone’s been pretty ecstatic about it,” Bragin said. “I think people have just been blown away by their virtuosity and their close connection to the origins of hip-hop.”

Passinho, much like Hip-Hop, came from an underprivileged culture. Born in the favelas of Brazil, Passinho is normally associated with criminals and gang activity. The dancers who performed on July 24 reasserted that the dance is now just a form of art that started in the slums.

“Eleven Passinho dancers came here to do something that when we started was discriminated against," Iguinho Imperador told NBC News. A 21-year-old dancer who comes from Favela de Manguinhos, Imperador says that what Passinho is now more widely accepted than before.

For others, having the dance performed in the U.S. gives Brazilians a chance to fight the problems going on in their country.

“This [performance] helps us in Brazil to fight persecution,” says disc jockey Sany Pitbull. “It’s as if New York is giving funk music oxygen to continue, to take a breath and continue this fight.”

Pitbull is one of the leading producers and advocates of Funk Carioca, which is Brazilian funk music. Funk Carioca was created in response to racial, social and economic issues in Brazil, and Passinho was created from it, being provided with a soundtrack to dance to.

“Brazilians have many preconceived notions in regards to this genre [funk] and the scene suffers from these prejudices,” Tiago Gomes, project manager at the Secretary of Culture, told NBC. “Events like this one, funded by the consulate, are extremely important for us because if we are able to legitimize funk abroad then we can legitimize it within Brazil."

The visit and U.S. performances have already tremendously impacted the lives of these eleven dancers. But for dancers like 24 -year old Cebolinha, there's more to be done.

“Our goal is to turn Passinho into how the world sees hip-hop. I want everyone to recognize that this dance is from Brazil,” Cebolinha told NBC.

Bragin says the dancers are hopeful in the future of the performances, such as getting in contact with U.S. booking agents, and more resources from home.

“Even the news [in Brazil] has picked it up,” Bragin said. “This will help them be recognized at home, raise their stature, and hopefully get them more funding. This is an important part of their culture.”