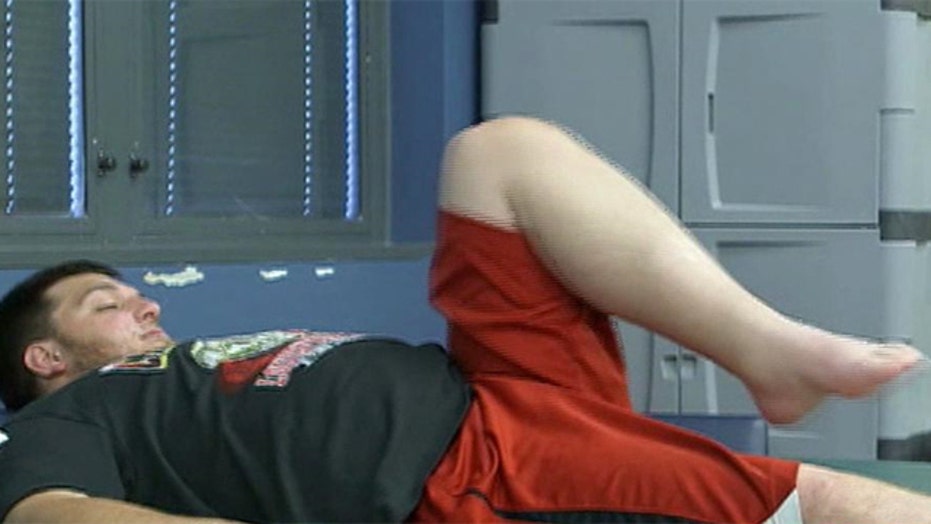 LONDON – Four paralyzed patients have regained some ability to flex their toes, ankles and knees after receiving a novel type of electrical stimulation therapy known as epidural stimulation, according to a new study supported by the National Institutes of Health (NIH).

“The result of this study has been really exciting news for these four patients, which is that spinal cord injury may no longer mean a lifelong sentence of complete paralysis,” Dr. Roderic Pettigrew, director of the National Institute of Biomedical Imaging and Bioengineering (NIBIB) at NIH, told FoxNews.com.

The study, published in the journal Brain, is an expansion of a 2009 study that successfully demonstrated the effects of electrical stimulation therapy on Rob Summers. In 2006, Summers became paralyzed from the chest down at age 20, after being hit by a car in his own driveway. He subsequently underwent a procedure in which 16 electrodes were implanted near the base of his spine, to study whether or not electrical pulses delivered to the site of the injury could help him regain function in his limbs.

“After decades of research, the investigators tried an intervention based on the fundamental observations they had made, which suggested that one of the mechanisms involved in spinal cord injury and paralysis due to injury is that the nerve cells lose their ability to respond to stimuli,” Pettigrew said. “And they reasoned that using electrical stimulation, one could reprogram those damaged cells to once again be responsive to stimuli.”

“The first thing he began to notice, which was a sign of improvement, was something very simple; he said he began to be able to tell when he was uncomfortable in his wheelchair.” Pettigrew said. “…The thing that occurred after that was he began to sweat again, which was also important because he could stay outside and tolerate heat with the ability to sweat…For him, [this] improved his quality of life, because he was a baseball star when he was injured.”

After seven months, Summers eventually was able to stand without assistance, and he even regained voluntary control of some movement in his legs. Summers was also able to resume control over other bodily functions.

“If you talk to these patients with paralysis it will come as no surprise that the thing they treasure the most, that they want most to recover is not so much being able to walk but once again having normal bladder, bowel function and sexual function,” Pettigrew said. “And that has occurred in these patients, they all have reported recovery of bladder and bowel function and Rob Summers, the first patient, he said he has recovered sexual function also.”

With the study published in Brain, researchers reported similar successes after using electrical stimulation therapy in three other paralyzed patients. The three additional subjects included: Kent Stephenson, a Motocross racer who was paralyzed in 2009 at age 21; Andrew Meas, who was paralyzed in a motorcycle accident in 2007 at age 28; and Dustin Shillcox, who was injured in a car accident in 2010 at age 26. All had been paralyzed from the neck or chest down.

Within days, each of the three new patients began to regain some voluntary control of their muscles that had been previously paralyzed.

"I've seen some benefits of [the device] training even when it's turned off," Stephenson told the Associated Press. "There have been huge improvements in bowel, bladder and sexual function."

“It was very exciting and emotional," Shillcox told the Associated Press. "It brought me a lot of hope."

Pettigrew said the success of epidural stimulation in these three patients represents a huge milestone in the treatment of spinal cord injuries.

“This is a significant occurrence, to have this in not one, but now four patients,” Pettigrew said. “Now, the first four patients in whom this was tried, we got the same exciting result.”

The NIH is currently funding additional research, with the hope that improvements in technology will eventually lead to a cure for paralysis.

“Already the researchers have been conducting studies on additional patients; they did not stop at four patients,” Pettigrew said. “My institute, NIBIB, is funding the same research team right now to develop the next generation of stimulation technology…a device designed for this type of nerve network stimulation.”