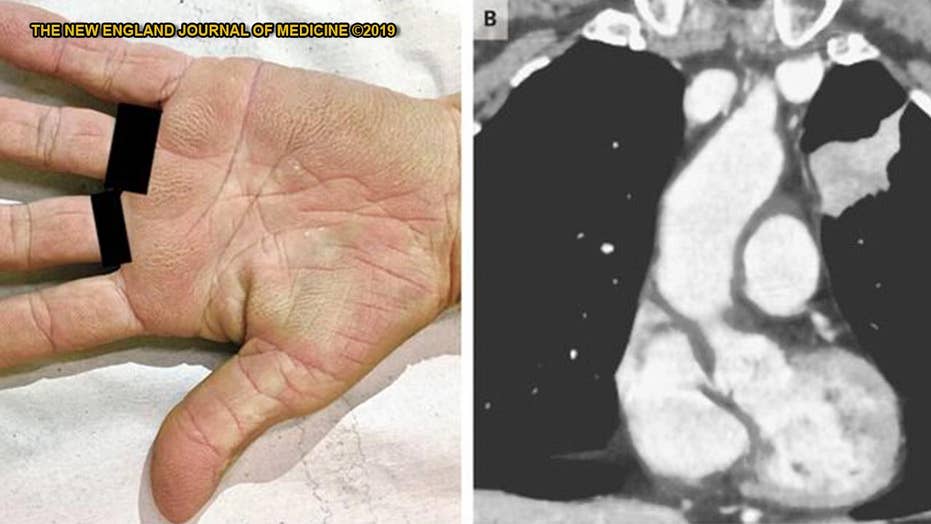 A 73-year-old woman received an unsettling diagnosis after seeking care for her 'velvety' palms. Doctors revealed her condition, commonly referred to as 'tripe palms,' is closely associated with lung cancer.

A 73-year-old Brazilian woman received an unsettling diagnosis after she went to a local dermatology clinic complaining of painful and itchy lesions on the palms of her hands.

The woman, who was not identified in the case report recently detailed in the New England Journal of Medicine (NEJM), told the doctor treating her that she first noticed the lesions nine months earlier. She also said she had an unrelenting cough for about a year and had lost roughly 11 pounds in the four months before seeking medical attention.

The woman also noted she was a heavy smoker, smoking a pack a day for the past 30 years.

“Physical examination revealed sharp demarcation of the folds in the lines of her hands in addition to a velvety appearance of palmar surfaces and ridging of the skin,” doctors wrote in the case report published Nov. 14.

The woman's palms had a "velvety" appearance due to a rare condition linked to some cancers. (The New England Journal of Medicine ©2019)

The woman’s “velvety” palms were a result of a rare condition known as acanthosis palmaris or acquired pachydermatoglyphia — more commonly referred to as “tripe palms,” as the appearance on the skin resembles tripe, or the stomach lining of beef, pork or sheep.

The condition is “closely associated with cancer, particularly lung and gastric cancer,” the doctors in the case report wrote. Tripe palms typically occur before a patient is diagnosed with cancer. The cause of the rare condition is not entirely clear, though some research suggests cancer can stimulate the overproduction of skin cells on the palms.

A subsequent CT scan revealed the woman was indeed suffering from cancer, specifically lung cancer. Doctors recommended she begin chemotherapy and radiation, which can remedy lesions caused by tripe palms. However, “the lesions in this patient did not regress with chemotherapy” or with an ointment treatment, doctors wrote.

Six months later, the woman’s cancer had progressed, and she began another round of chemotherapy, according to the report.