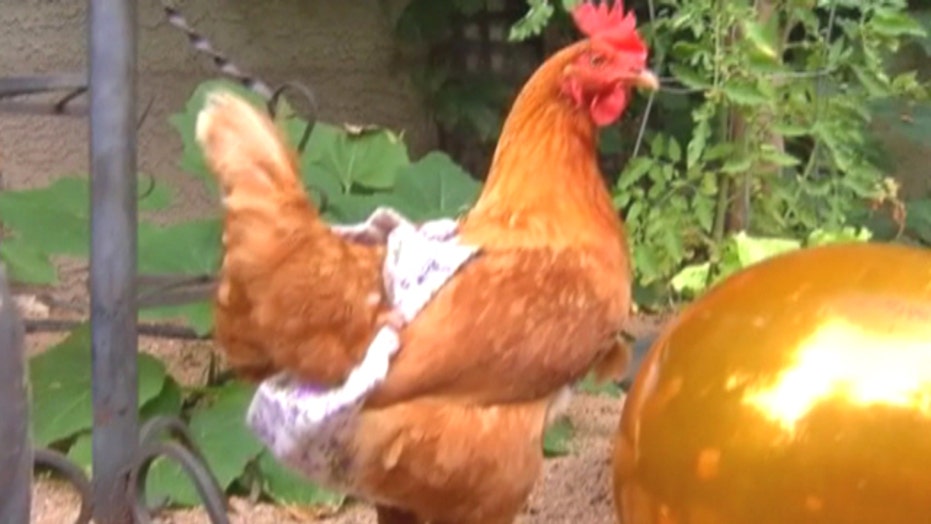 A salmonella outbreak has prompted one Colorado woman to launch a very interesting business.

She is selling chicken diapers in the wake of the health scare, hoping the product will keep consumers healthy.

The Centers for Disease Control and Prevention (CDC) is investigating two large multistate outbreaks of salmonella, which the agency believes are connected to backyard flocks of chickens.  One strain has infected 271 people in 37 states, killing one person.

Health officials have issued a warning to farmers keeping chickens as pets, saying that chicks, ducklings and other live poultry can have salmonella germs in their droppings. According to CDC investigators, some chicken owners have been known to cuddle with the animals and even let them sit in their laps.

Mary, the Denver-based diaper seller who did not want to reveal her last name, owns two chickens herself, Henny and Penny.

"I've never had a problem, and I don't think most people would,” Mary told My Fox Philadelphia.

Salmonella germs can cause diarrheal illness that can range from mild to life-threatening symptoms.  Those most likely to develop severe illness include, infants, elderly adults and people with weakened immune systems.