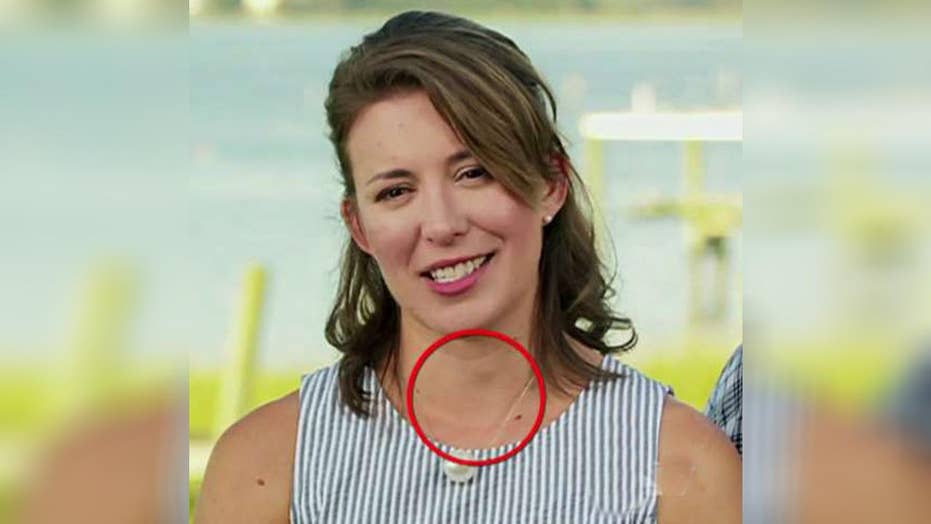 Doctor spots lump on woman's throat during show. Woman is being treated for thyroid cancer.

The North Carolina woman who was diagnosed with cancer after a doctor noticed a lump in her neck while watching her episode of a reality TV show said she feels “extremely blessed.”

Nicole McGuinness, who is set to visit a surgeon at Duke University on Friday for a consultation, said it was her mother’s friend who saw Dr. Erich Voigt’s post about her on Facebook.

“We had it checked out immediately,” McGuinness, 32, told Fox News, referring to the lump on her neck. “I saw my primary care doctor that exact day, and had a biopsy last week. Friday the results came back and I do have papillary thyroid cancer, but I am just so forever grateful for Dr. Voigt for catching that, for being vigilant and for reaching out to me.”

McGuinness said she has already beaten grade 4 glioblastoma, and was on HGTV’s “Beachfront Bargain Hunt” with her dad to celebrate the end of treatment.

Voigt, an ENT in New York, happened to be watching her episode and noticed the lump on her neck. He couldn’t find her on Facebook, so he reached out to his followers and hoped that someone would connect them.

“I feel like I’ve been blessed by Dr. Voigt and what he saw on television,” McGuinness told Fox News. “I feel like everything happens for a reason and maybe this is the reason that I was on the HGTV show.”

It’s not the first time a viewer has helped save a person’s life while watching an HGTV show. In 2013, a registered nurse noticed a lump on “Flip or Flop” star Tarek El Moussa’s neck. Ryan Reade contacted the show’s producers and said the 36-year-old should get it checked out. A biopsy revealed the mass to be stage 2 thyroid cancer. El Moussa has also battled testicular cancer and several back issues.