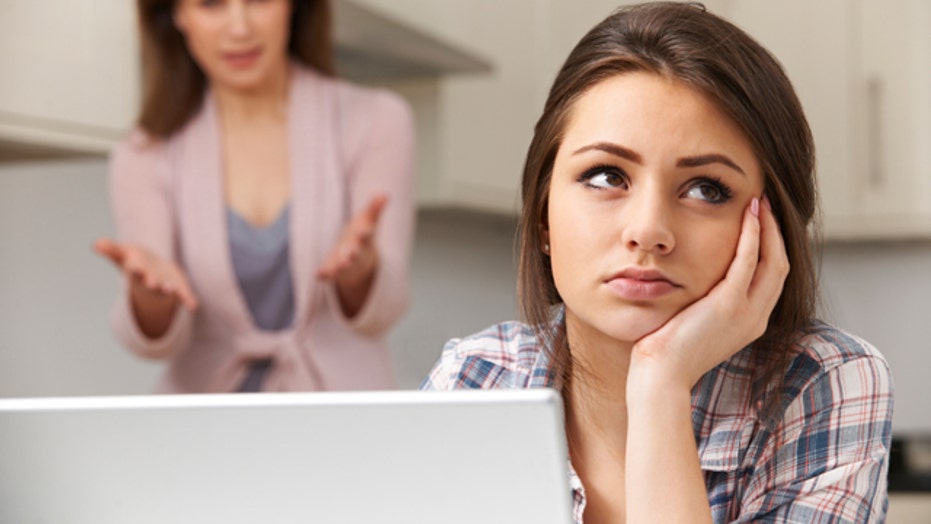 Unlocking the mystery of the teenage brain

Raising teenagers is no easy task. It's difficult for parents to know what they're going through, but could science help you crack the code? Dr. Manny talks with psychiatrist and author of “Brainstorm: The Power and Purpose of the Teenage Brain,” to find out

Raising teenagers is no easy task. Risk taking, emotional drama and attitudes all play a part in growing up during adolescence. It's often difficult for parents to know what’s really going on inside the minds of their teens, but could science finally help crack the code?

Dr. Manny Alvarez, senior managing health editor of FoxNews.com, recently sat down with Dr. Daniel Siegel, a psychiatrist and author of “Brainstorm: The Power and Purpose of the Teenage Brain,” to discuss how parents can better understand this important period of life by learning how brain development can affect teenage behavior and relationships.

“Rather than just raging hormones, it's actually a restructuring of the anatomy of the brain,” Siegel told FoxNews.com. “Parenting has to create structure and limits— there's no question about it— but parents can do that and also understand the science of the adolescent brain.”

According to the Centers for Disease Control and Prevention (CDC), accidents or unintentional injuries account for nearly one-half of all teenage deaths in the U.S. One of the most troubling aspects during this reshaping of the brain period is the role risk-taking behavior plays, Siegel said.

“There's a change in what's called the reward circuit of the brain, so it influences both how we feel and how we think,” Siegel said. “Basically, you're driven to try something new, even something risky.”

During adolescence an increased amount of dopamine— a neurotransmitter that helps control the brain's reward and pleasure centers— is released. It’s this extra dopamine that causes teens to gravitate toward dangerous behaviors and thrill-seeking experiences, Siegel explained.

Another behavior changed by the boosted reward circuit is known as hyperrationality, Siegel noted. In his book he describes it as a time when “the evaluation centers of the brain downplay the significance of a negative outcome, while at the same time they amplify the significance given to a positive result.”

When teens are caught at only looking at the facts and not the big picture, parents are often left feeling like nothing they say or do will help.

“If we try to just inform adolescents, it's not going to change anything because they already know-- it's this hyperrational thinking and this change in the reward system,” Siegel said. “So what do we do? You can give them tools to develop an inner compass for proper moral behavior. That inner compass can help prevent peer pressure from flooding them, and it can help prevent them from getting lost in the social media world.”

Throughout his book Siegel provides several mindsight tools to help adolescents strengthen their minds and inner moral compasses. For example, one practice asks readers to close their eyes and ask: “What am I sensing right now in my body? What images come up? What emotions and thoughts are flowing through my consciousness?”

“We know now the heart isn't just a beating organ pumping blood. It actually has a kind of brain around it, and the intestines too, they're not just digesting food— they actually have all these neurotransmitters. There is literally information giving you a heartfelt sense and a gut feeling,” Siegel said.

One of the biggest mistake parents make when it comes to disciplining their children is giving them some kind of painful consequence, Siegel warned.

“You want to connect with your adolescent and find out what was actually going on— and then try to redirect them in a very supportive way. Saying what the moral thing to do is, but realizing because of their brain remodeling, it isn't just a matter of giving them some kind of punishment because that actually doesn't work. It's about communicating with them, and teaching them the skill of thinking through a problem,” he said.

To help teenagers transition more smoothly back to school from summertime, Siegel offers 4 things to remember about the “essence” of the brain changes during adolescence.


“ESSENCE” of brain changes in teens:

ES- Emotional spark
“Your adolescent has a brain that's more emotional. Give them space to be emotional. Don't punish them for just expressing their emotions. ‘Cause it's a frightening thing to go back to a new school.”

SE- Social engagement
“They want to belong to a peer group, but that makes them susceptible to just caving in to peer pressure. So you want to support this anxiety that they're going to feel naturally.”

N- Novelty
“They want things that are new and in the summertime with lots of new things, school could feel like drudgery so you want to have them find something that feels exciting, even in the school setting.”

CE- Creative exploration
“Every adolescent should have something that they follow that creatively explores what they're really passionate about. And school doesn't often give the space for that, so at home that should be encouraged.”

For more information on Dr. Siegel and his book visit DrDanSiegel.com.