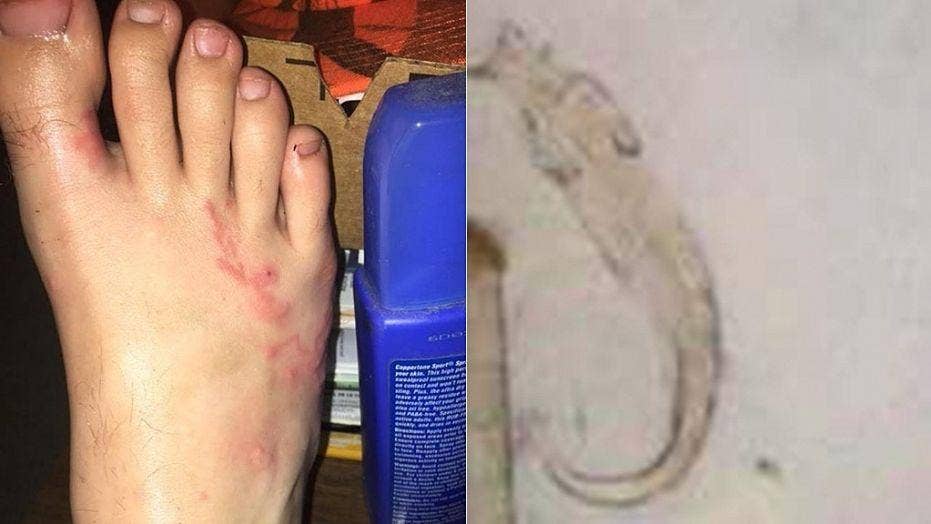 Estimates suggest up to 740 million people in the world are infected with hookworm. But what exactly is hookworm and how dangerous is it to your health?

Hookworms are a nasty intestinal parasite that can affect humans and animals alike.

The parasite, which the Center for Disease Control and Prevention (CDC) says affected roughly 576 to 740 million people worldwide in 2013, can cause serious complications if not treated promptly and properly.

Read on for three things to know about hookworms.

How does the parasite spread?

Hookworms are typically soil-transmitted. More specifically, hookworm eggs are usually spread through an infected person’s feces. If that person defecates outdoors, this will spread the eggs, which later hatch and become larvae.

A 3D illustration of a parasitic hookworm, which can infect humans, dogs and cats. Its head has several tooth-like structures (iStock)

The larvae then “mature into a form that can penetrate the skin of humans,” according to the CDC, which added that a hookworm infection is “transmitted primarily by walking barefoot on contaminated soil.”

Those who live in warm, humid climates where “sanitation and hygiene are poor” are most at risk, according to the CDC.

What are signs of a hookworm infection?

When hookworm larvae first enters the skin, a localized rash can form, according to the CDC. The rash typically itches.

The larvae can travel through a person’s skin, into their bloodstream and eventually reach other parts of the body, such as the lungs. From there, the parasite can reach the small intestine when an infected person “coughs them out of the lung and swallow,” Healthline reported, explaining that adult hookworms can live in a person's small intestine for more than a year.

TEEN INFECTED WITH HOOKWORMS COULD 'FEEL THE WORMS MOVING IN HIS BODY,' MOM SAYS

Both larvae and adult hookworms can live in a person’s small intestine, which can also cause gastrointestinal issues.

Those with a “light” infection may not experience any symptoms, but those with a more serious infection “may experience abdominal pain, diarrhea, loss of appetite, weight loss, fatigue and anemia,” according to the CDC.

How is it treated?

Thankfully, a hookworm infection is rather treatable.

Once diagnosed by a physician, the CDC reported that an infected person is treated with medication that's used to destroy the parasites. Two common medications used to treat a hookworm infection are albendazole (Albenza) and mebendazole (Emverm), according to Healthline.

In addition, an iron supplement may be prescribed, as the parasite feeds on its host’s blood, which can cause anemia.

If not treated properly, however, hookworms can cause serious side effects.

“Other complications that can develop from these infections include nutritional deficiencies and a condition known as ascites. This condition is caused by serious protein loss and results in fluid buildup in your abdomen,” Healthline reported.