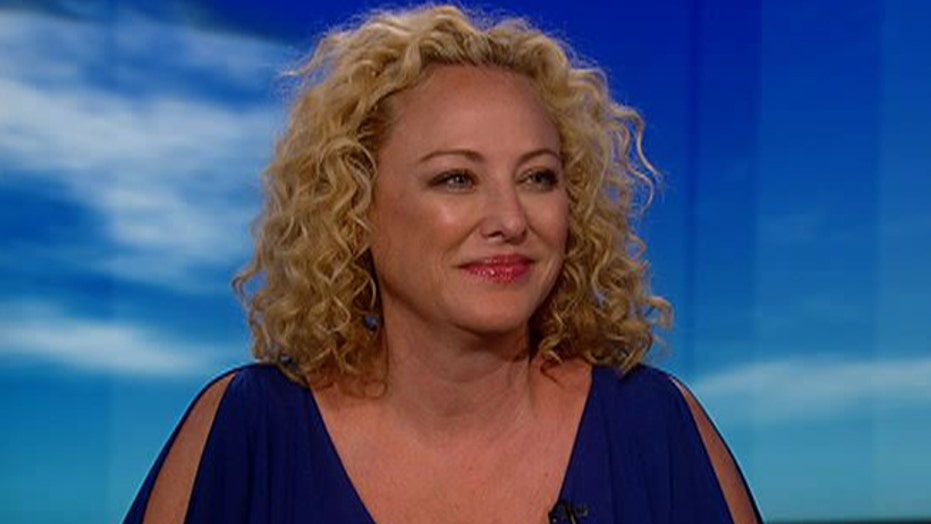 Hot flashes and mood swings are common side effects of menopause. But there is another one that women aren’t talking about called dyspareunia or painful sex. Actress Virginia Madsen helps women find the words with a new campaign

Hot flashes and mood swings are common side effects of menopause, but there is another consequence that women don’t talk about.  It’s called dyspareunia – or painful sex.

In an attempt to get women to open up about this problem, Academy Award-nominated actress Virginia Madsen has signed on as the spokesperson for the campaign “Finding the Words,” which is aimed at encouraging women to discuss and find treatment for this condition.

While Madsen does not suffer from dyspareunia herself, she said she became curious about the condition as she grew older.

“I’m not quite there into menopause yet, so I’ve been doing a lot of research so that I sort of know what’s coming,” Madsen explained.  “And there just doesn’t seem that there’s a lot of information out there.  Then when I started hearing about this condition, and I read a story about a women who had suffered from this for many, many years – without even telling her partner – and I thought this is amazing.”

After learning more about dyspareunia, Madsen partnered with the pharmaceutical company Shionigi Inc., which helped to set up the Finding the Words campaign.  She said it was important to her to help women feel comfortable about such a significant issue.

“I think our sexual health is a vital part of our overall wellbeing,” Madsen said.  “So it’s surprising, but understandable, that a lot of women wouldn’t want to talk about it.”

Women who are seeking treatment for this condition can take one of the latest medications, called Osphena, which works like estrogen in the lining of the uterus.  Women can also speak with their doctors about the best treatment for them, though Madsen noted that some doctors need to be more proactive about discussing this issue.

“The doctors need to kind of step up and talk about what they’re examining.”

To learn more about dyspareunia and treatments for the condition, visit FindingTheWords.com.