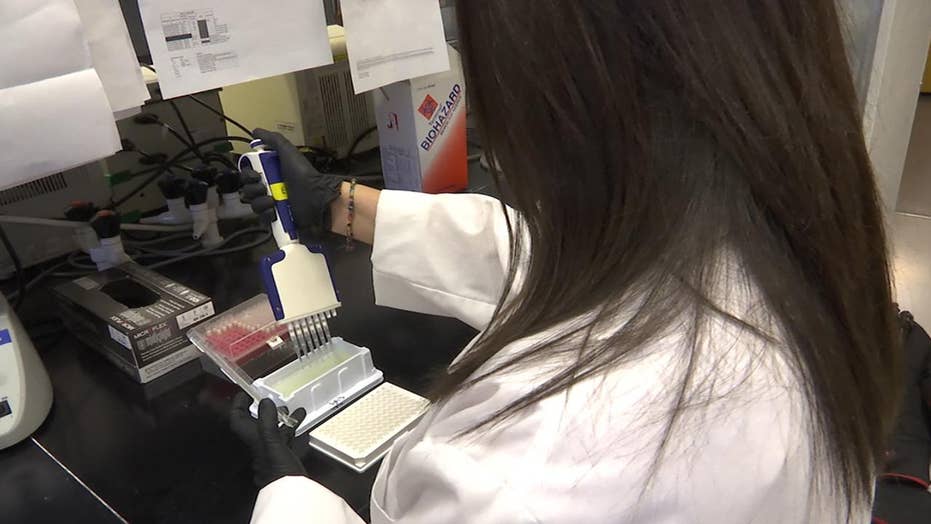 Doctors at the University of Texas at El Paso are developing a vaccine for a disease that causes nasty ulcers in the skin and is difficult to treat.

With a single bite, a silent fly one-third the size of a mosquito can create ulcers on the skin and face so large one doctor described them as “craters”.

“It can basically eat you alive,” said Dr. Rosa Maldonado, who is trying to create a vaccine for Cutaneous Leishmaniasis at the University of Texas at El Paso.

The parasite is transmitted by the bite of a sand fly. The bite starts small but slowly grows. It can be treated with drugs Maldonado said are so toxic they require hospitalization and constant monitoring. But even successful treatment will leave extraordinary scarring.

The parasite which causes Cutaneous Leishmaniasis as seen through a microscope. (Fox News)

“Any place in the body will look like a crater and you will suffer secondary infections that will make it even worse,” said Maldonado.

According to the CDC, some people have silent infections without any signs or symptoms. But people who develop symptoms can start with a small bump that develops into ulcers and can be painful.

The disease affects about 1.2 million people each year in 88 countries, including Mexico, South America, Southeast Asia, the Horn of Africa and the Middle East. It’s even affected U.S. troops in Iraq.

Sand flies live in warmer areas with high humidity, which allows them to breed. According to the European Center for Disease Prevention and Control, sand flies can live in urban areas and dwell in cool, dark areas.

There have been some cases in the United States in Texas and Oklahoma, but mainly in animals. However, Maldonado thinks that could change.

“The problem is we’re expanding our cities. So we’re invading their space. So I think it’s a matter of time that we see more and more infections here in the area,” said Maldonado.

She’s spent five years working on the vaccine with a team at UTEP. They’ve used antibodies from previously infected patients and worked to create a series of lipids, proteins and carbohydrates that won't give the body an adverse reaction.

Maldonado said they’ve had an 86 percent success rate in mice and hope to move on to two years of primate testing next. Eventually they’ll test on humans but that is years away, and Maldonado said it will be at least eight years before the vaccine is ready for production.

But Maldonado’s efforts, although long, are motivated by a love of the craft.

“I love parasites. When you see the parasite in the microscope you fell in love forever if you like research,” said Maldonado.