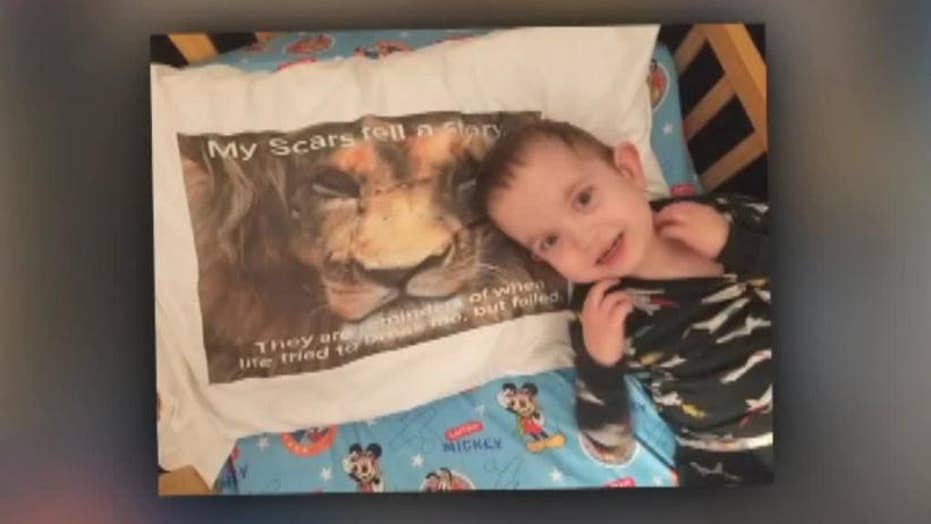 A Utah single father said he was prepared to take out a loan after thieving porch pirates stole $5,000 worth of medication his sick 4-year-old son needs to survive.

Cody Taylor, of Riverdale, Utah, said the three-month supply of medication needed for his son, Austin, was stolen from his doorstep a week before Christmas, FOX13 reported.

The single father was worried insurance would not cover the stolen medication his son, who suffered from stage 5 kidney failure, desperately needed. Austin had a kidney transplant two years ago.

The little boy was born with several birth defects and doctors were afraid Austin would not survive.

COLORADO ‘PORCH PIRATE’ BUSTED AFTER $6,500 WORTH OF THEFTS, POLICE SAY

“He’s my little miracle. He's my hero. Because of everything he's gone through, I can't complain about life,” Taylor told FOX13. “They (doctors) gave him a 25 percent chance of living three months.”

However, four years later the little boy is still alive.

“He's so strong and always fighting,” the father said.

Austin takes the medicine for his new kidney so his body would not reject the organ.

The single father said he was notified that he received the package with the medication and was stunned to discover the parcel was gone.

“Usually I expect to see the boxes as I pull up, but there was nothing there," Taylor said.

The father said he was willing to take out a loan to cover the pricey medication if insurance gave him a hard time.

“Luckily, my SUV is paid off. I was prepared to take out a loan and pay for the medication outright,” Taylor said.

The single father was relieved days later when insurance covered the stolen meds. Taylor said he was angry at the thieves but overwhelmed by the community’s outright support that he has received.

“We have gotten so much love and so much support that I just couldn't believe it,” Taylor said.

The single father does have a message for the thieving porch pirates.

“You don't know who you're hurting by your actions. It could range from ruining someone’s Christmas to threatening someone's life. You just never know,” Taylor said.

“The Porch Locker,” a company that sells “lockable storage for home deliveries” donated one to Taylor after hearing of the theft, according to its website.

The Washington Post reported porch pirates have become a problem during the holiday season following a rise in online shopping. UPS said about 750 million packages were delivered to homes during this year’s holiday season.