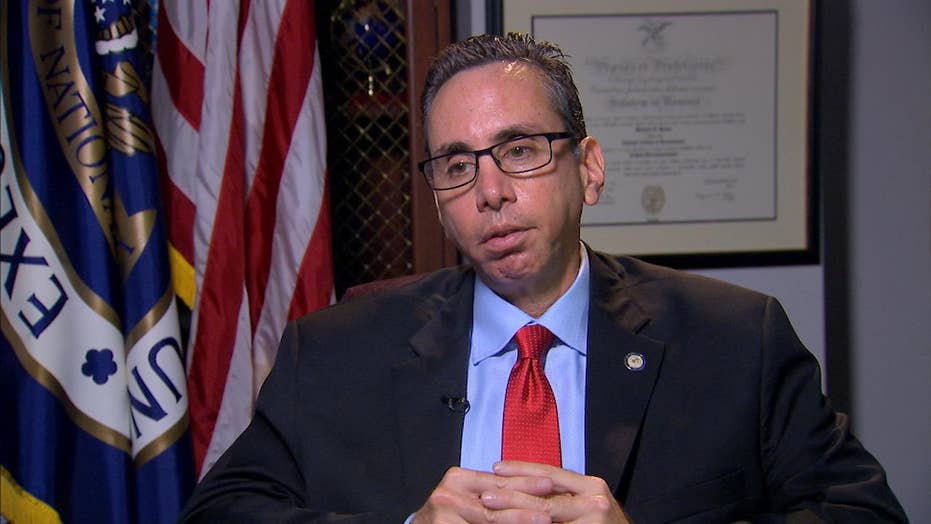 Richard Baum, acting director of the Office of National Drug Control Policy talks to Fox News about what’s being done to fight the opioid crisis

After years of decline, teen deaths from drug overdoses have inched up, a new U.S. government report shows.

The drop in teen deaths had been a rare bright spot in the opioid epidemic that has seen adult overdose deaths surge year after year — fueled by abuse of prescription painkillers, heroin and newer drugs like fentanyl.

"This is a warning sign that we need to keep paying attention to what's happening with young people," said Katherine Keyes, a Columbia University expert on drug abuse issues who wasn't part of the study.

It's not clear why teen overdose deaths increased in 2015 or whether the trend will continue, said lead researcher Sally Curtin of the U.S. Centers for Disease Control and Prevention. The CDC released the report Wednesday focusing on adolescents aged 15 to 19.

The overdose death rate rose to 3.7 per 100,000 teens in 2015, from 3.1 the previous year. Most of the deaths were accidental and were mainly caused by heroin, researchers found.

Clearly, drug overdoses have been a far smaller problem in teens than in adults. Tens of thousands of adults die from overdoses each year compared to about 700 to 800 teens.

Another difference: Unlike adults, overdose deaths in teens have not been climbing every year.

The drop tracks with previously reported declines in teen drug use, smoking, drinking, sex and other risky behaviors, Keyes said. Some experts believe those declines are related to more time spent on smartphones and social media.

The decline was driven by boys, who account for about two-thirds of teen overdose deaths. The boys' rate fell by a third in those years, but the girls' rate held fairly steady.

Health expert said it's likely teen overdoses edged up in 2015 because of the increasing availability of newer and more lethal kinds of opioids like fentanyl, which is sometimes mixed with heroin.

"If the drugs are more potent, your chances of it (drug use) being fatal have perhaps increased," Curtin said.