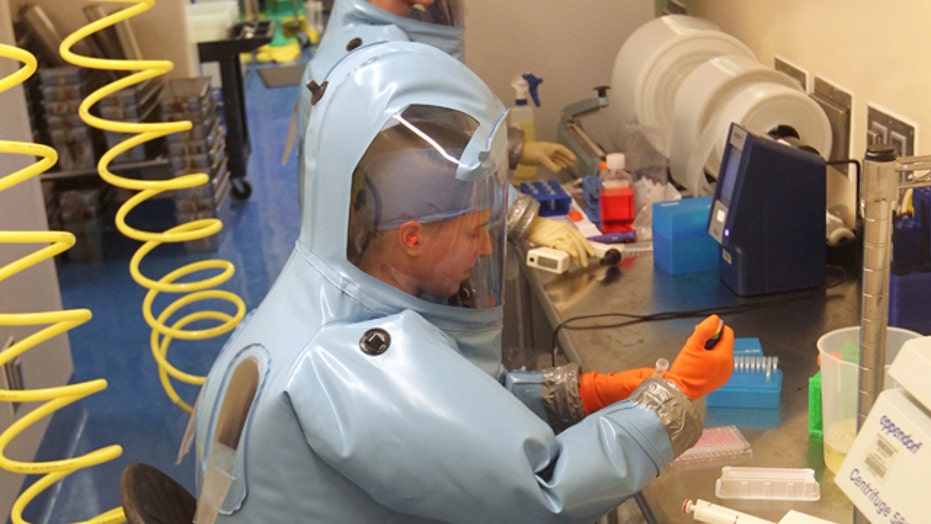 Pastor of girlfriend of Thomas Eric Duncan on how she and the stricken Liberian and his kin are coping. #Ebola

DALLAS – The family of a man diagnosed with the first U.S. case of Ebola again visited him at the hospital Tuesday but declined to view him via video the last time had been too upsetting.

Relatives of Thomas Eric Duncan glimpsed him using a video system at Dallas' Texas Health Presbyterian Hospital on Monday. But when they returned anew, this time with Rev. Jessie Jackson, they decided such images were too much.

Weeks said he and Duncan's mother were unable to sleep after seeing Duncan's face.

The hospital says Duncan is in critical condition and is sedated but stable. He is on a breathing machine and kidney dialysis. Duncan's liver function, which declined over the weekend, has improved, though doctors say it may it may not stay that way.

David Lakey, commissioner of Texas' Department of State Health Services, walked the hospital ward housing Duncan, which is otherwise vacant. He said security and medical officials wear gowns, double gloves and masks, and are following protocols on removing them and showering when they leave the ward.

"They are doing their work very safely," Lakey said.