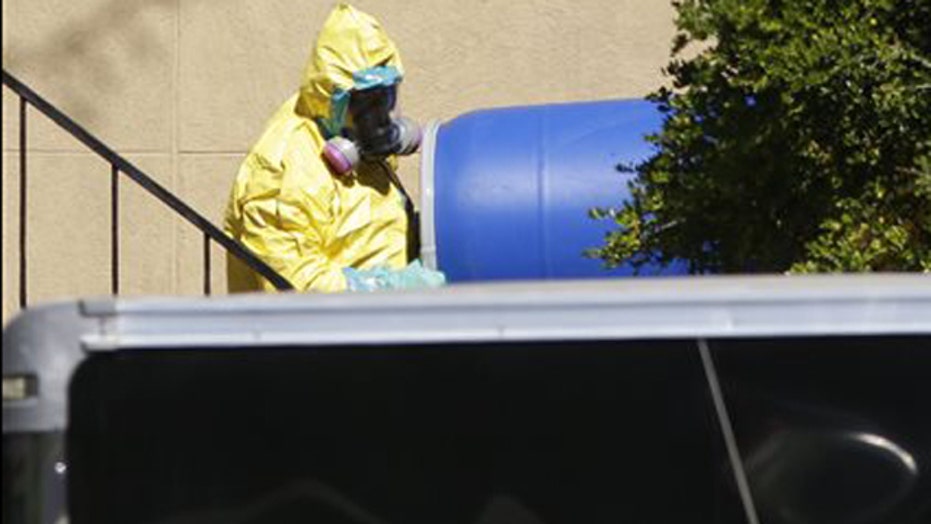 Containing Ebola: What the US should be doing but isn't

The first man diagnosed with the Ebola virus in the United States is in critical condition, the Dallas hospital that has been treating him reported Saturday.

Texas Health Presbyterian Hospital Dallas, where Thomas Eric Duncan is being treated, didn't provide any further details about his condition. The hospital previously said Duncan was being kept in isolation and that his condition was serious but stable.

Duncan traveled from disease-ravaged Liberia to Dallas last month before he began showing symptoms of the disease.

Meanwhile, the woman who calls Duncan her stepfather told The Wall Street Journal that he got much sicker shortly after he was diagnosed with a fever and sent home.

Younger Jallah told the Wall Street Journal she now fears for her own health. She is also worried that her children may have been exposed to the deadly disease when they went with her to her mother's Texas apartment to see Duncan.

Jallah is a 35-year-old nurse's aide and the daughter of Louise Troh, Duncan’s girlfriend. He traveled from Ebola-racked Liberia to visit Troh on Sept. 21. Troh and Duncan met in West Africa. They have a college-age son.

Jallah told the Associated Press Friday that she is wracked with regret she did not take greater precautions in her dealings with Duncan. She also said she is not kissing or hugging her children, ages, 2,4 and 6 or her partner’s 11-year-old son, or sharing dishes with him.

Health officials have told Jallah to keep her family at home. But unlike at her mother's apartment, there were not armed guards in front to prevent them from leaving.

Health officials also said Saturday that they are monitoring about 50 people for signs of the deadly disease who may have had contact with Duncan, including nine who are believed to be at a higher risk. Thus far none have shown symptoms. Among those being monitored are people who rode in the ambulance that transported Duncan back to the hospital before his diagnosis, said Dr. Tom Frieden, the director of the Centers for Disease Control and Prevention.

On Friday, a hazardous-materials crew decontaminated the Dallas apartment where Duncan was staying when he got sick during his visit. The materials were sealed in industrial barrels that were to be stored in trucks until they can be hauled away for permanent disposal.

The family was moved to a private home in a gated community, where they are being carefully monitored.

The first Ebola diagnosis in the U.S. has raised concerns about whether the disease that has killed 3,400 people in West Africa could spread in the U.S. Federal health officials say they are confident they can keep it in check.

The virus that causes Ebola is not airborne and can only be spread through direct contact with the bodily fluids -- blood, sweat, vomit, feces, urine, saliva or semen -- of an infected person who is showing symptoms.