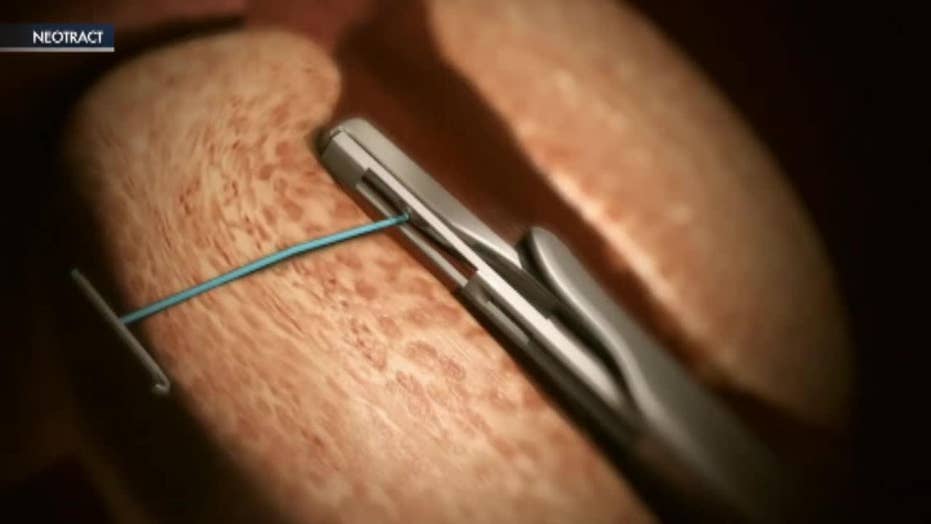 Procedure ends frequent trips to the bathroom for men

Forty million men suffer with enlarged prostate or BPH. That means frequent trips to the restroom and slow urinary flow. Surgery and medications can have side effects but there’s now a minimally invasive procedure called Urolift that is making it easier for men to get their lives back

With more than 40 million men dealing with an enlarged prostate (BPH), chances are either you or someone you know is experiencing the frequent urge to go to the bathroom or slowed urinary flow. For 69-year-old Stephen Goldman, he’s been living with the symptoms for the past 30 years.

“I’m driving the car and I have to go the bathroom, and, where are you going to go?” Goldman told Fox News. “After a while, you get used to it. It’s like anything else. It’s the norm so I figured if I have to go every half hour, every hour, that’s the way.”

Dr. Riccardo Ricciardi Jr., a urologist at Advanced Urology of New York, said the chances of a patient developing BPH depends on his genetics and ageing.

“The prostate is a gland that surrounds the urethra,” Ricciardi told Fox News. “And as men get older, the gland gets enlarged, and it squeezes on that tube so it restricts the flow of urine out of the bladder.”

Up until recently, treatment options included medication and surgery that often left patients dealing with side effects, including sexual issues. But now, patients are being offered a non-surgical, minimally invasive option called “Urolift,” which boasts a 90 percent success rate and can be conducted without general anesthesia.

“The way it works is small titanium implants are placed in the prostate to hold the obstructing tissue away from the urethra to relieve the obstruction,” Ricciardi said.

Patients may experience pelvic discomfort and blood in the urine for a few days post-procedure, but can return to regular activities within 48 hours. For Goldman, the procedure was life changing.

“I’m not afraid to drink water, I’m not afraid to have a cup of coffee,” he said. “I don’t have to run to the bathroom every 20 minutes to an hour, I can hold it three hours, four hours, if I had to hold it six hours I could.”

Data dating back five years on the procedure shows about 10 percent of patients may need to have implants replaced. Urolift is reversible and insurance covers all costs.

To find a doctor who performs Urolift in your area visit, UroLift.com.