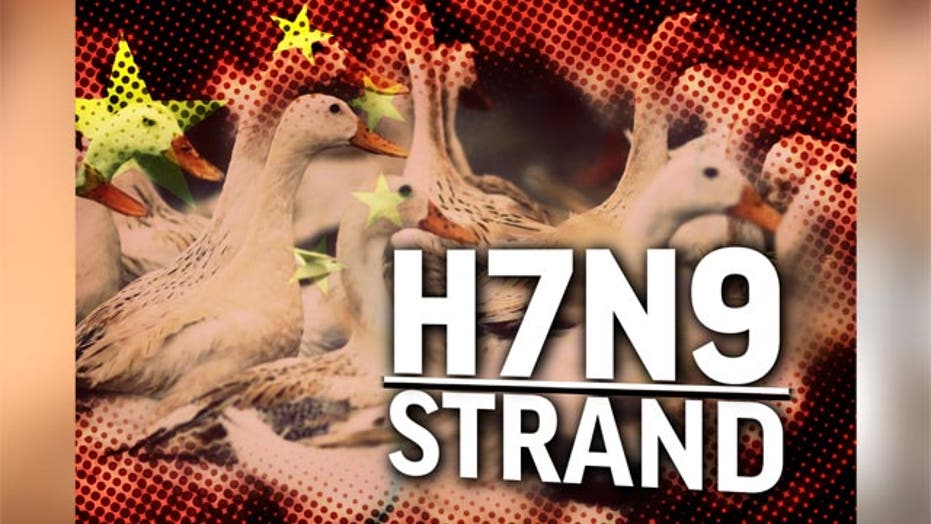 Could new bird flu strain spread across the globe?

The U.S. Centers for Disease Control and Prevention (CDC) said on Thursday it was monitoring a new strain of bird flu and has started work on a vaccine just in case it is needed.

So far, the strain known as avian influenza A (H7N9) has only been found in China and does not appear to be capable of being passed from person to person.

The strain has killed six people, and global health officials are discussing if and when it may be necessary to start producing a vaccine.

The infections in China mark the first time humans have been afflicted by this new strain of bird flu, which causes severe respiratory illness.

CDC spokesman Tom Skinner said the agency is monitoring the situation closely and working with its domestic and international partners.

The CDC has begun reviewing genetic sequence information on the strain and started the process of making a "seed" virus, a genetically modified version of the virus that could be used by manufacturers to make a vaccine. Because the agency is using artificial or synthetic DNA for this step, Skinner said the seed virus may be available within the next few weeks.

Then, several weeks of testing the seed virus in ferrets would be required to determine if it can be used to make a vaccine. If the answer is yes, then ramping up production would take several months. All told, said Skinner, production of a vaccine against the new strain - should one be needed - would not be underway for five to six months.

Before full-scale production of a vaccine begins, however, there are several questions that must be addressed, especially whether the virus is being transmitted from person to person.

"Right now there is no evidence to suggest that is the case," Skinner said in a telephone interview.

CDC labs will also be conducting tests to see if the virus is susceptible to current antiviral drugs used to treat flu, such as Roche Holding AG's Tamiflu, he said.

However, Skinner stressed that the steps the CDC is taking are routine preparedness measures that often apply when a new flu virus is detected in people.

Most conventional flu vaccines in the United States are still made using a 60-year-old process in which the vaccine is grown in fertilized chicken eggs. That method can take several months to complete, but it is changing.

In January, privately held Protein Sciences Corp won U.S. approval to develop the first gene-based flu vaccine, which uses genetic engineering to grow portions of the virus in insect cells rather than eggs.