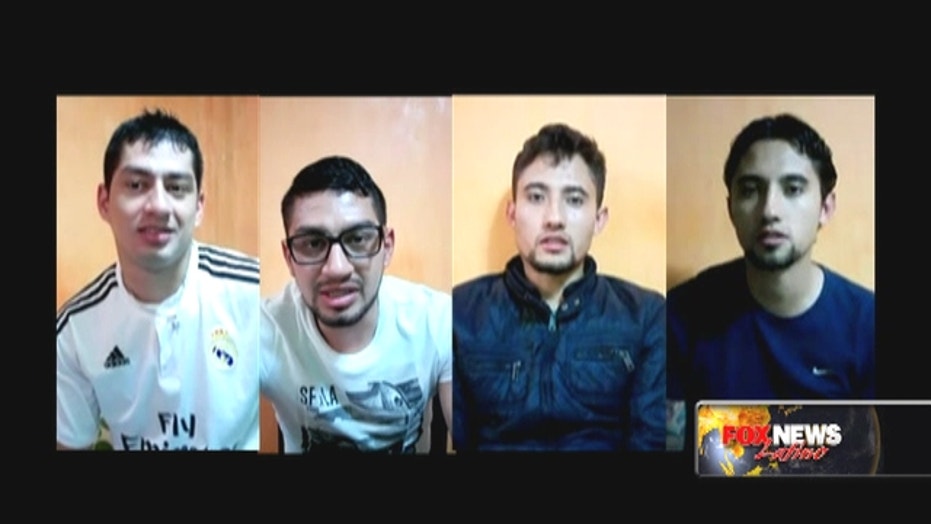 Where are the 'Mixed up brothers of Bogota' now?

An update on the 'Mixed up brothers of Bogota.'

What would happen if you and your brother found out each of you had an identical twin, and they were also living as brothers?

It’s a story that made headlines this summer. Two sets of identical twins – raised as fraternal twins – meeting after they had been separated at birth due to a hospital error in Colombia.

Revealed to the world as ‘The Mixed-Up Brothers of Bogotá” by the New York Times in July, the journey for these four men has only just begun as they learn to adapt to one another and come to grips with that shocking revelation.

Fox News Latino briefly caught up with the brothers and one of the principal psychologists who has been studying them over the last few months. It turns out the brothers are choosing not to live all together, but they are planning on releasing a book or movie about their lives.

Their incredible story has given psychologists and scientists a unique opportunity to study how much of what makes each individual unique is due to genetics and how much of it is a result of the environment we live in.

“Everyone knows we weren’t together and didn’t share a lot of things as children," Jorge Bernal, who grew up with Carlos but is identical to William Cañas, told FNL, "but we’re doing it now, and things happen for a reason. What’s been the most difficult and what surprised me the most is our physical similarities and the things that are exactly alike, even though we never knew each other before.”

After collecting hours of interviews and other material, including the DNA of the four twins, Yesika Montoya, a Colombian psychologist and a social worker at Columbia University in New York, says they are now in stage 2 of the study: analyzing the data.

Montoya says the identical brothers have similar characteristics, including how cheerful they are, their caring towards other people, and their sense of humor. They even tested food habits and discovered the two sets of biological twins are similar in their appetites. “In spite of living in two different contexts they have that similarity in traits,” Montoya said.

Some differences are obvious and can be attributed to the environment – for instance, education. Jorge grew up to become an engineer in Bogotá, but his biological brother William, who grew up in a much poorer city – with a 5-hour walk to high school – is a butcher. An obvious and dramatic example of how no matter how identical some humans are biologically, the environment has a major effect on who we become.

“I would say both sets of twins are very happy with who they are today, but when you compare, you can see that quality of life can be diminished by the environment to some degree,” Montoya said. “The access to certain benefits and privilege like education is represented in those things.”

William, who was raised with Wilber but is identical to Jorge Bernal, seems to have taken this part of the reunion in stride. For him, seeing that his identical brother is successful serves as an inspiration.

“This has helped me in many ways and motivates me to continue working and fighting every day,” William said.

The parents who raised Jorge and Carlos are both dead now, but Carlos met his biological parents, Carmelo and Ana, who raised William and Wilber. They embraced him, and they all cried.

But while the brothers are all living in Bogotá, they aren’t exactly roommates yet.

“Right now, we aren’t living together,” Jorge said. “We’re living with the brother we grow up with, but we do see each other often.”

Overall, the Bernal and Cañas bosy say they are happy and are embracing their new families. “Basically my life hasn’t changed profoundly, I just think that my family circle is bigger and stronger,” Carlos, who grew up with Jorge but is identical to Wilber, told FNL.

No doubt, people are fascinated and interested to see how these twins and their relationships will evolve, and Montoya said that a book by the people studying them is in the works. In the meantime, they will continue to analyze the data over the coming months.

“They have coped incredibly well with this situation,” Montoya said of the twins. “When you find out information like this you, go through different stages, and it will take a long time in order to be able to experience different changes and adapting to different situations over a long period. But overall they have been very positive and optimistic, in spite of the pain, the information and the shock.”