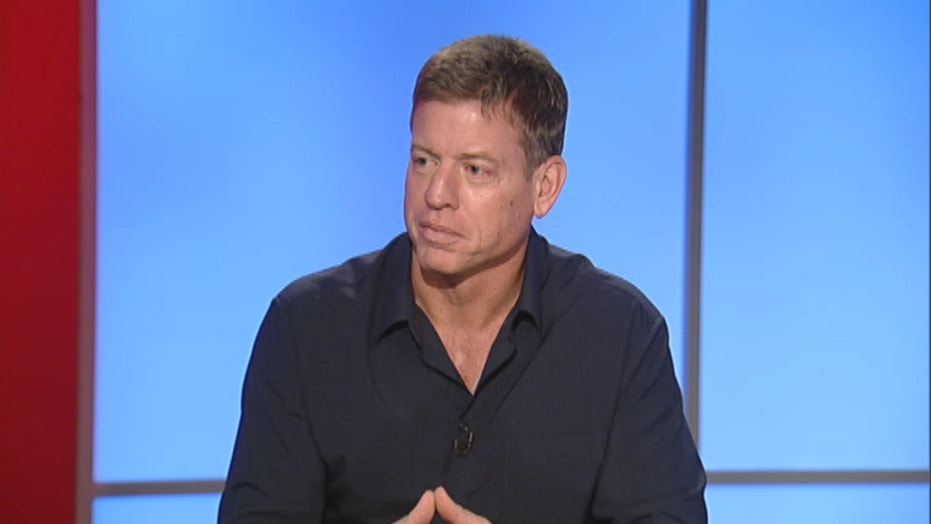 Pro football Hall of Famer Troy Aikman sits down with Dr. Manny to talk about his battle against melanoma, the most dangerous type of skin cancer

Pro Football Hall of Famer Troy Aikman is speaking out about his battle against melanoma, the most severe form of skin cancer. In 1998 the former Dallas Cowboys quarterback noticed a dark spot on his back shoulder and went to see a dermatologist to get it checked out.

“About a week later I got a call and was asked to come in, and they told me it was melanoma. I didn’t know what that meant, [I] really was pretty naïve to what melanoma was,” Aikman told FoxNews.com.

Fortunately for Aikman, his doctors found the disease in stage two. In this stage, the cancer spreads to the lower part of the inner layer of skin (dermis), but typically shows no signs of spreading to nearby lymph nodes or any other part of the body. Treatment for this type of melanoma is usually surgery to remove the melanoma and some tissue around it. Aikman’s doctors were able to successfully extract his melanoma and he did not need any other procedures like chemotherapy or radiation.

About 85 percent of melanoma patients have localized disease
(stages 1 and 2) on presentation, but for the other 15 percent who have advanced melanoma (stage 3 unresectable or stage 4 metastatic) their battle is often a long and arduous one.

To raise awareness about advanced melanoma Aikman teamed up with Novartis Oncology and the national campaign "Melanoma Just Got Personal."

“The campaign isn’t so much about prevention as much as it is just getting a message out to those with advanced melanoma and letting them know that there are more than one form and making sure that their getting treated properly for the form in which they have,” Aikman said.

Medical advances in treatment options for melanoma patients have made it possible for doctors to determine whether specific genetic mutations are present in the tumor.  For example, treatments are now available to target cancer cells with the BRAF gene mutation, which is found in about 50 percent of advanced melanomas. This new type of personalized therapy is known as “precision medicine.”

“I’ve met a number of people with advanced melanoma, many of whom now know what form they have and they’re being treated properly-- and it certainly increased their chances of beating a very tough disease,” Aikman said.

Today, the three-time Super Bowl champion and current FOX Sports analyst encourages everyone to get educated about the disease and how to prevent it.

“I’m an outdoor person, you know I love going outside, I play golf, I ride bikes, I go to the beach, I do a lot of different things and I’ve tried to be very proactive in how much sun exposure I get," Aikman said. “But probably the most important thing that I do is I get regular check-ups. I’ve got young daughters, it’s a different time, a different generation-- they’ll be the ones who tell me ‘Dad gotta get sunscreen on’ you know, they’re very proactive.”