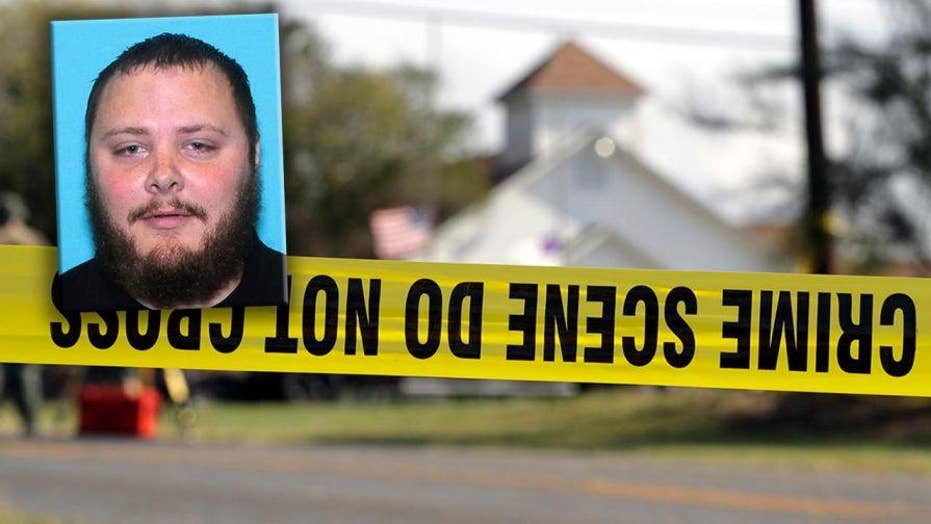 The psychology behind mass shootings

Mass murders are becoming all too common in America. Fox News’ Dr. Manny Alvarez sits down with two prominent psychologists to take a look at the psychology behind mass shootings.

Mass shootings are becoming all too common in America. According to the Congressional Research Service, there has been 66 mass shootings in the U.S. between 1999 and 2013, tragedies that left 547 innocent people dead.

In the most recent shooting at a rural Texas church, shooter Devin Patrick Kelley gunned down 26 worshipers. New reports have uncovered a man with a troubled past. A 2012 police report described how Kelley escaped from a psychiatric hospital while in the Air Force and was caught trying to sneak guns onto an Air Force base “attempting to carry out death threats” against his superiors there.

But what drives people like Kelley to kill strangers wholesale in a seemingly senseless way?

“Very often mass shooters are injustice collectors and they’re angry at the masses, so there’s that component where everybody doesn’t have a right to live because the mass shooter is angry at ‘others’ in general,” psychotherapist, Dr. Robi Ludwig told Fox News. “And then there’s this feeling of just intense rage where killing one person is not enough.”

Psychologist Dr. Katherine Smerling said these types of murderers often feel victimized by the world and rejected about past humiliations.

“They feel like outsiders looking in instead of part of the world around them. They are grieved and possess a sense of extreme entitlement, seeking power, revenge or both,” Smerling told Fox News.

Another area experts have looked into is the connection between mass murderers and violence toward women.

Several mass shooters share Kelley’s record of domestic violence. Omar Mateen, who killed 49 people in 2016 at the Pulse nightclub shooting in Orlando had an abusive relationship with his ex-wife, who said he frequently beat her. And Esteban Santiago, who killed 5 people at Fort Lauderdale-Hollywood International Airport, had a history of domestic violence, which included two accusations that he had choked his then-girlfriend.

Ludwig who wrote, “Till Death Do Us Part: Love, Marriage and the Mind of the Killer Spouse,” agreed that mass shooters tend to have roots in domestic violence.

“There appears to be a connection between domestic abusers and mass shooters, which is a fairly new idea. But we should really begin to look at domestic abusers in a slightly different way,” she said.

According to an analysis by Everytown for Gun Safety, 54 percent of mass shootings between 2009 and 2016 involved domestic or family violence.

Many physicians believe mental illnesses don’t appear “out of blue,” that there are warning signs to watch out for. Ludwig and Sterling said learning these signs could lead to early intervention.