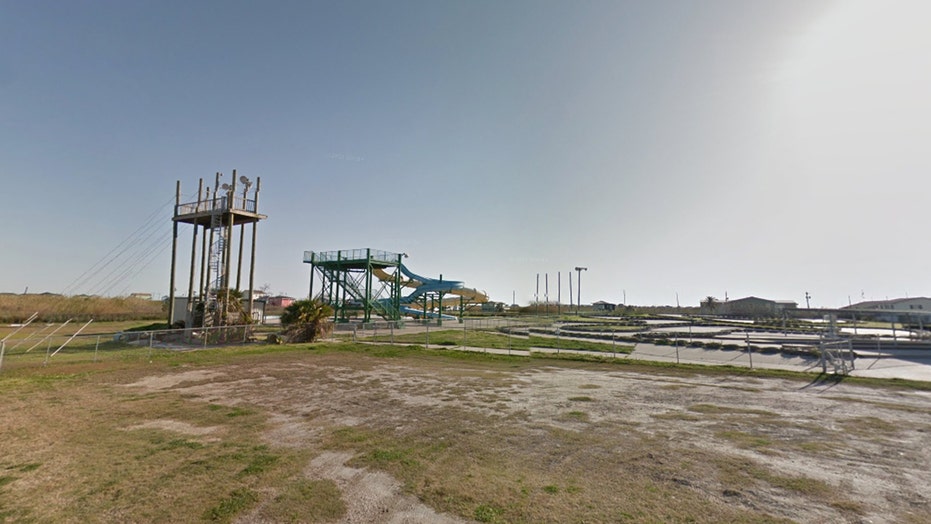 A 14-year-old Texas teen is reportedly in a medically induced coma after he was allegedly sucked into a water park drain possibly in a dare-gone-wrong scenario on Saturday.

The teen, who was not identified by law enforcement to local media outlets due to his age, was at the Fun Town Water Park in Crystal Beach when tragedy struck.

The teen allegedly slipped after picking up the drain grate and was sucked in, causing major internal injuries. Galveston County Sheriff Henry Trochesset, who described the teen to KTRK.com as 5 feet 11 inches, said that it may have been a possible dare and that someone was able to quickly shut the pipes off enabling him to escape, but it wasn’t enough to prevent injury.

“Even after they turned the pump off, there was still a suction keeping him down,” Trochesset told KHOU 11.

He reportedly told the news outlet that the teen was conscious at the time of the incident and apologized to his father, who is a volunteer fireman.

“He told his dad, ‘I love you, sorry it happened,” Trochesset told the news outlet. “He was able to stand up. They walked him away from the area to the gurney to get into the ambulance.”

UK WOMAN SUFFERS FACIAL BURNS AFTER EGGS 'EXPLODED' IN HER FACE: 'IT FELT LIKE MY SKIN WAS BEING RIPPED OFF'

The teen was taken to University of Texas Medical Branch in Galveston where he remains in critical condition, according to local outlets.

Troschesset, who was not immediately available to comment to Fox News, described the incident to local outlets as “tragic” for the family and said, “prayers are going to be needed.”

A vigil was held in the teen’s honor, and several fundraisers, as well as a GoFundMe, have been set up to help keep supporters updated.