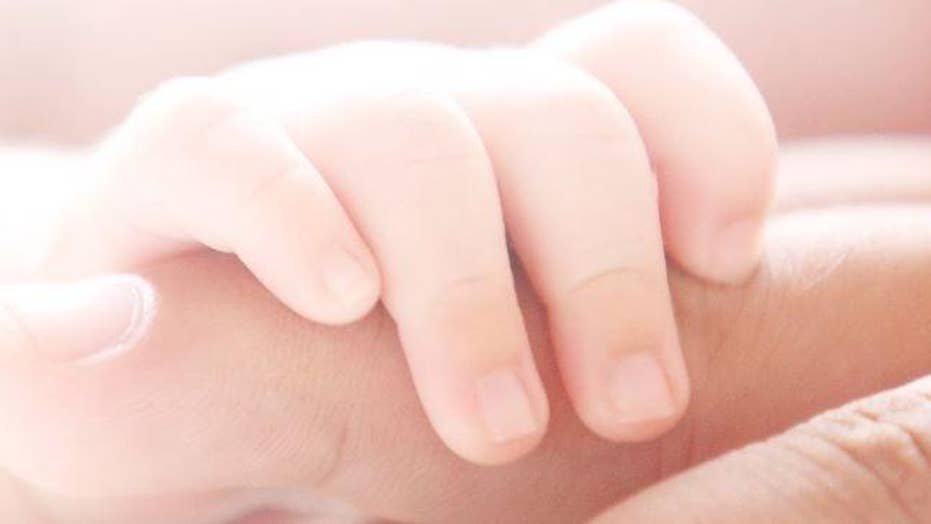 Texas woman Ashley Pool is crediting the heartbreaking post of grieving mother Presley Trejo with helping to save her own little girl.

A Texas woman is crediting the heartbreaking post of a grieving mother with helping to save her own little girl after she shared that her newborn had died of a fairly common virus. Ashley Pool, whose daughter Reagan was weeks old when she was diagnosed with herpes simplex virus type 1 (HSV-1), said she only pushed for the diagnosis after reading Presley Trejo’s tragic story.

“I know my family and I have been quiet about what exactly happened to our sweet girl,” Trejo had written back in October. “I wasn’t going to say anything yet but I’m tired of speculation and it’s time to bring awareness to the terrible illness that took our baby away from us.”

Trejo went on to explain that their 12-day-old baby died after contracting the HSV-1 virus, which quickly shut down her organs and attacked her brain.

“For adults, it’s not a big deal,” Trejo posted. “But for infants with little to no immune system, it’s fatal. When someone who has the virus in their system and kisses an infant it can spread rapidly. You can have the virus and not even know you have it. You don’t have to have an active cold sore to pass it on. You shed the virus in your saliva and when it gets on the baby it goes through the body so fast.”

According to UTSouthwestern Medical Center, more than half of adults in America have been infected at some point with HSV-1, and herpes infection in newborns is always a concern. While 85 percent of herpes-infected newborns contract the virus from their mothers during delivery, it can also be transmitted through kisses to the baby, or touching an active cold sore and then touching the baby.

Trejo said that her daughter, Emerson Faye, was already suffering from liver failure and the beginning stages of kidney failure when they arrived at the hospital. She said her newborn was suffering from seizures and was eventually declared brain dead.

“My daughter, my own flesh and blood who I created out of love, was on life support and I had to be the one to pull the plug on her life. A mother should never ever have to bury their child. The virus took her at 12 days old and we watched her die a very slow death. And now I have a lifetime without her. Everyone needs to know about this virus and what it does to children and their families! PEOPLE!!!! STOP KISSING BABIES THAT ARE NOT YOURS!!!!!”

Trejo’s post reached more than 225,000 people, with Pool, whose own daughter was undergoing various testing for illnesses, being one of them. Pool told KBTX that she had a cold sore, but had never kissed her then-six-week-old daughter. She said Trejo’s words were “fresh on my mind,” and helped get Reagan diagnosed.

“They did blood work. They swabbed her, they did a spinal tap, started don’t he medication right away,” Pool told the news outlet.

The now 4-month-old is still taking medication for the virus, but she’s alive, and Pool called Trejo’s words a “godsend.”

“How do you tell a mother, ‘Thank you for sharing your story of losing your newborn baby to save mine’?” she said. “Little Emerson, her short life here was worth something. It was worth something more than we could imagine, she was saving babies. Who else might she save?”