A Texas mother of two died Sunday from flu complications after reportedly deciding that the $116 medication to treat the virus was too costly.

Heather Holland, a second-grade teacher at Ikard Elementary School in Weatherford, Texas, died following complications of flu, leaving behind her husband Frank Holland and two children, a daughter, 10, and a son, 7.

She reportedly started to feel sick a week ago and was going to pick up flu medication. Her husband said she decided not to purchase the medication because she thought the $116 price tag was too high, according to the Weatherford Democrat.

“She wouldn't go get medicine because she's a mama. Mamas are tough. She just kept going. She had a job; she had kids," Holland's pastor, Clark Bosher, told Fox 4. "I think any mom does that. I don't think she is being irresponsible. I don't think she thought she was that sick. It happened so quick."

The husband picked up the drugs himself on Thursday after finding out she skipped on them, but it was too late and she ended up in the intensive care unit at a hospital on Friday.

“Friday night, things escalated and she ended up in the ICU,” he told the outlet. "The doctors got the blood cultures back and they had to put her on dialysis early Saturday.” 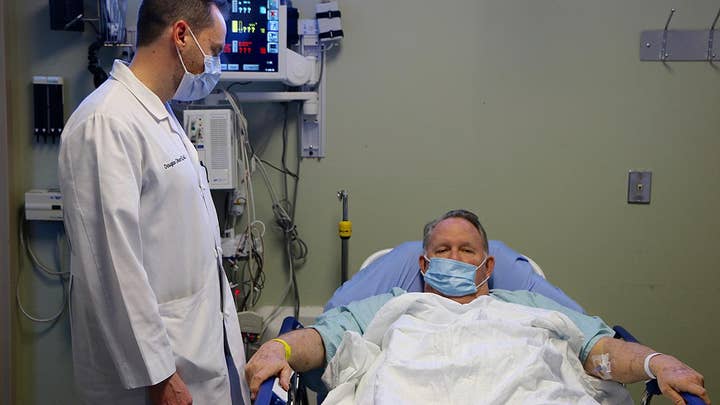 She died Sunday morning. “I have to be strong for the kids but it’s still surreal, it hasn’t all set in,” Frank Holland said. “We’ve been together a long time, over half my life. She’s my best friend, my soulmate, my everything.”

He described her as a passionate teacher who “loved helping people, helping the kids, and the kids loved her.” On the school’s website page, Heather Holland wrote: “I am really enjoying my kiddos. We are working hard on reading, writing and learning to quickly compose and decompose numbers.”

TRAGIC FACES OF THE DEADLY US FLU OUTBREAK

This season’s deadly flu season has reportedly taken the lives of hundreds of Americans across the country.

Over 60 children have died from the virus this season and there are no signs the spread of the flu will soon to cease. The state of Louisiana, is on track to having some 1,000 flu-related deaths this season, according to medical officials.