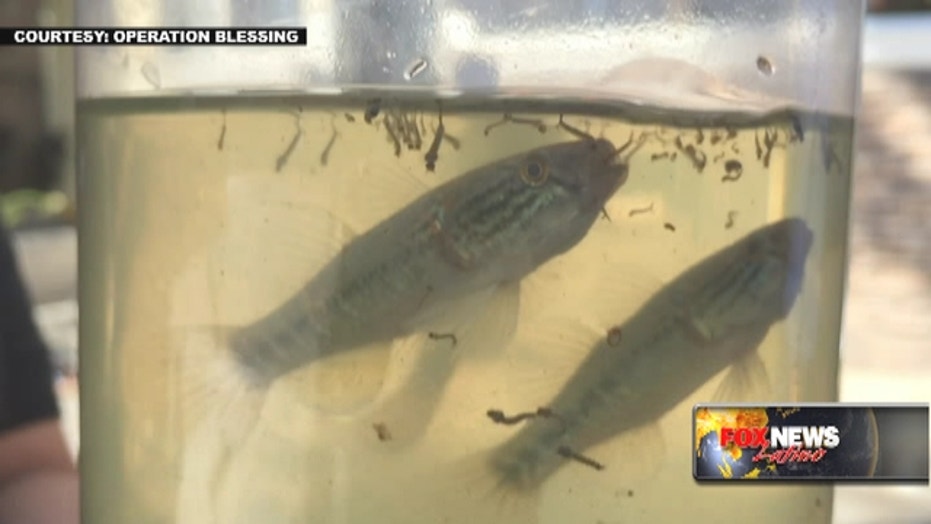 Operation Blessing is breeding mosquito-eating fish to help fight the outbreak of the Zika virus.

Lisa Alamia, a born-and-bred Texan Latina, can no longer pronounce the word "tamales" the way she used to.

After undergoing jaw surgery to correct her overbite six months ago, Alamia was diagnosed with foreign accent syndrome, a rare neurological disorder that causes her to speak with an English accent. According to a doctor from Houston Methodist Sugar Land Hospital, less than 100 people have been diagnosed with the disorder in the past century, according to KHOU.com.

“'Mum' is probably the one word I notice right away,” Alamia said. “'Kitten' is another. They think I’m talking about a baby cat. I’m not. I’m saying, 'I’m just kidding.'”

Fox7 reports that researchers at the University of Texas at Dallas have found that foreign accent syndrome is usually triggered by a stroke or a traumatic injury to the brain.

However, doctors have been unable to pinpoint the exact cause of Alamia’s new accent. Her neurologist, Dr. Toby Yaltho, has conducted numerous tests, but so far results have been inconclusive.

Conscious about her change of voice and worried about people’s reactions, Alamia stayed quiet at first.

“I didn’t know if they’re going to judge me,” Alamia said. “Are they going to think I’m lying or even understand how I’m speaking?”

Even her daughter, Kayla, was skeptical of her mother’s condition.

“I thought she was joking with me,” she said. “But then she showed me that the doctor diagnosed her with foreign accent syndrome. Then I was like, 'Oh, Lord.'”

Now Alamia is beginning to embrace her new voice, although she still misses her Hispanic accent and hopes to regain her natural speech in the near future.

“My daughter laughs at the way I say 'tamales.' I used to be able to say it like a real Hispanic girl. Now, I cannot,” she told KHOU.

Alamia will begin speech therapy soon and has agreed to work with experts to conduct research on the syndrome.