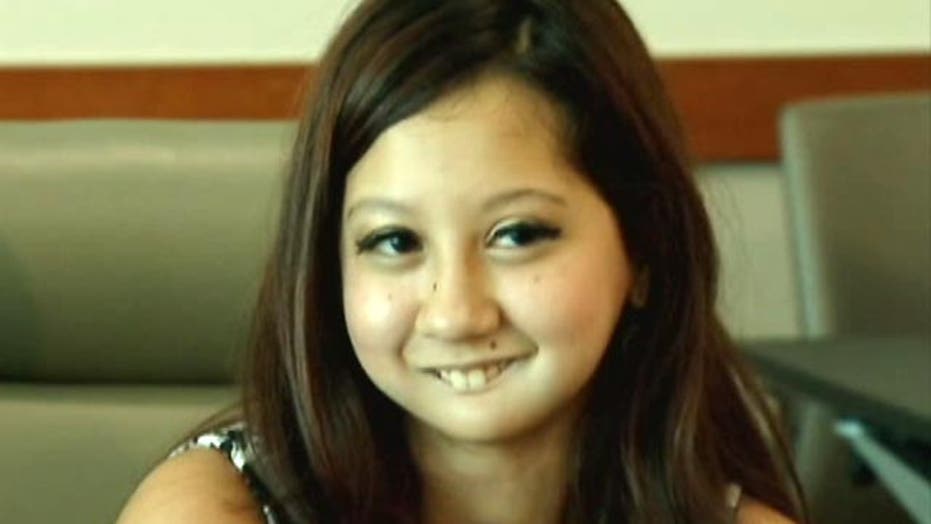 A year after her groundbreaking surgery, Abby Rodgers is starting to regain her speech and can enjoy her favorite food: Texas barbecue.

Fox 7 reported that Rodgers’ doctors in Central Texas performed a medical first when they transferred bone from her thigh into her jaw to correct a birth abnormality caused by an unnamed genetic disorder. Rodgers, 16, was born with limited bone in her jaw and is missing the lower parts of both of her legs. To correct jaw problems, surgeons usually transfer bone from the lower legs, but that wasn’t possible for Rodgers.

"I'm really happy that we were able to help her out,” Dr. Raymond Harshbarger, a pediatric plastic surgeon at Dell Children’s Hospital, of Central Texas, told the news station. “I think [when] she came to us, she and her family were pretty frustrated about things. And I'm glad that we had a solution.”

The surgery, which also involved replacing the transferred bone from Rodgers’ thigh with graft, was the latest in a slew of other procedures the girl had undergone since childhood, according to Fox 7.

Angie Lester, Abby’s mom, said she is happy and proud of her daughter, who is traveling to Tokyo next week for the International Craniofacial Surgeon’s Conference.

"She's (Rodgers) dealt with it all in stride,” Lester told the news station. “She's pretty resilient. And despite her facial anomalies and the way that she looks, she's always had confidence, which I'm thankful for.”

Rodgers feels more confident since getting the surgery but hasn’t completely regained her speech.

“There are still certain letters that I can't say very well, but it's definitely better than it was," she said.

Eating, however, is one ability she has regained. She has been wanting to try a local restaurant, Franklin Barbecue, in East Austin, and the joint made a rare delivery to the teen.