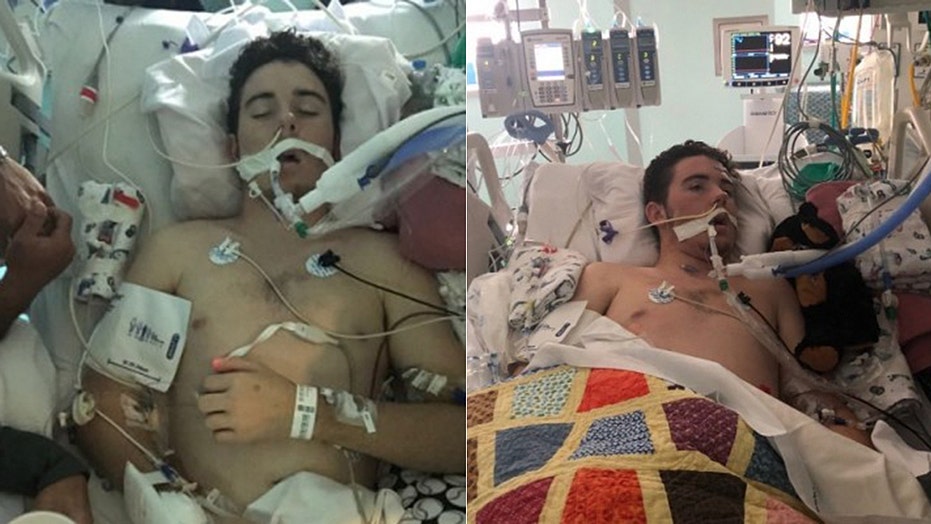 A Texas teen is recovering after spending 18 days in the hospital for a collapsed lung doctors believe was caused by vaping. The patient, identified as Tryston by the hospital, caused his doctor to lose “a lot of sleep” during his stay at Cook Children’s Hospital in the ICU.

“As his Cook Children’s pediatrician, I was sent daily updates about him,” Dr. Mary Suzanne Whitworth, medical director of Infectious Diseases at Cook Children’s, said, in the hospital’s blog. “I found myself holding my breath every time I opened the update – and audibly gasped the moment I realized that he was intubated.”

Tryston, 17, had landed in the hospital after complaining of fatigue, shortness of breath and chest pains. Within 48 hours of intake, he was in the ICU.

Whitworth, who said she “lost a lot of sleep over this kid,” was puzzled by what was the root of his issues, as antibiotics and antifungal medications failed to improve his condition.

“One thing that Tryston mentioned to the staff of Cook Children’s before he got very ill is something I already knew, and had talked to him about the year prior,” Whitworth wrote. “Tryston liked to vape.”

And while Whitworth notes that a “clear answer for why his lungs failed him was never found,” the chemicals found in vaping liquids can “cause some major damage.”

“We don’t know for sure,” Whitworth said, of why Tryston’s lung collapsed. “But there are literature reports of hypersensitivity pneumonitis from vaping. I told him no inhaling anything again, ever. We still don’t know for sure what the trigger was. But it is very plausible that it could be due to his vaping.”

After 18 days in the hospital, Tryston was well enough to go home but had lost 30 pounds and has to learn how to walk normally again after losing significant muscle mass in his legs. At a follow-up appointment, Whitworth said he swore he’d “never touch the stuff again.”

The teen’s plight is just the latest in a rash of similar stories being reported by physicians across the nation, as the CDC looks into the surge of hospitalizations involving teens with lung issues. Chance Ammirata, an 18-year-old in Florida, also blamed a hole in his right lung on vaping. He said he began using the device two years ago, and recently took to social media to share his story in hopes of convincing his friends to drop the habit.

“This epidemic has taken enough. We don’t need more evidence telling us just how bad it is. How many more kids are going to have to get hospitalized for us to stop?" he wrote in the Aug. 6 post.

Health officials in Utah, Wisconsin, Illinois and Minnesota have reported an uptick in lung illnesses among teens, with speculation mounting that they are all tied to vaping.

The health issues – both short and long term – of e-cigarette use are not well understood, and the U.S. Food and Drug and Administration (FDA) does not require the manufacturers of e-cigarette devices to list all the ingredients in them. For its part, the FDA is investigating reports of seizures that have occurred after vaping.