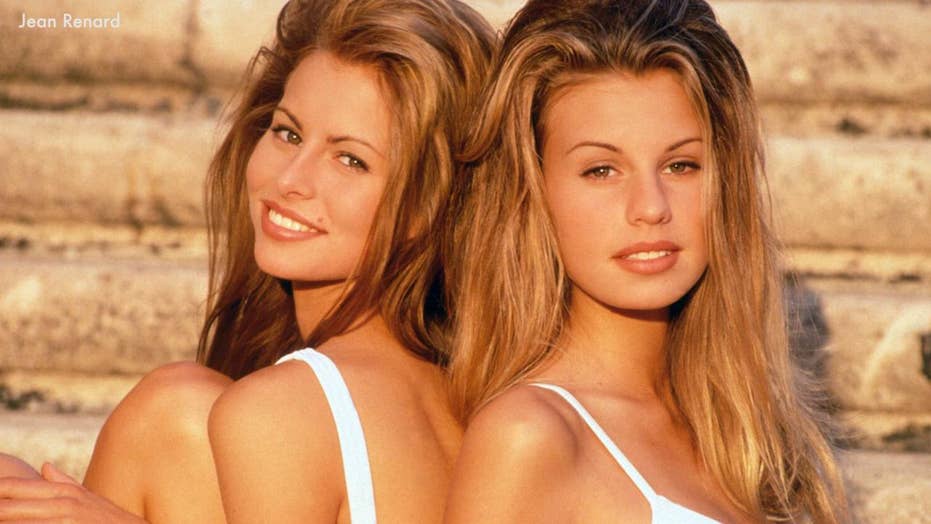 In a rare interview, supermodel Niki Taylor opens up about losing her younger sister, Krissy Taylor, to heart disease and why she’s raising awareness twenty-three years after her unexpected and tragic death.

Supermodel Niki Taylor lost her only sister, Krissy, to heart disease when she was just 17 years old.

"She was my best friend, she was my gravity … even to this day, I think about her all the time," the American icon told Fox News in a rare interview in which she opened up about the death of her sister, who was also a fashion model.

When she passed away in the mid-'90s, Krissy was at the top of her modeling career. She had appeared in dozens of fashion shows with her big sister and landed coveted magazine covers and campaigns for brands like Cover Girl.

NIKI TAYLOR GETS CANDID ON HER NEAR-FATAL CAR CRASH: 'THE WORLD WASN'T DONE WITH ME YET'

"I loved modeling with Krissy,” said Niki, who had her own near-death experience after a car accident in 2001. “Our favorite thing to do was going to Europe and walking in the fashion shows together.

It was Niki who found her sister unconscious at the family's home in Florida in July of 1995. Despite efforts to revive her, she was pronounced dead at the hospital. The cause was a rare heart condition called Arrhythmogenic right ventricular dysplasia or ARVD.

According to the American Heart Association, ARVD occurs if the muscle tissue in the right ventricle dies and is replaced with scar tissue, which can ultimately disrupt the heart's electrical signals and cause arrhythmias.

“There can be an irregular rhythm that occurs that causes the blood pressure to drop significantly and this rhythm can lead to sudden cardiac death unless it’s diagnosed and treated,” Dr. Suzanne Steinbaum, a cardiologist and director of women’s heart health at the Heart and Vascular Institute at Lenox Hill Hospital in New York, told Fox News.

Symptoms of ARVD can include palpitations, shortness of breath and fainting.

NIKI TAYLOR'S TIPS FOR JUGGLING MOTHERHOOD AND A CAREER

Niki said Krissy never showed any direct symptoms but was generally an anxious person, especially before fashion shoots and go-sees.

"She would always say ‘my heart’s beating so fast… I don't know what's going on,’ so we just thought it was normal butterflies or excitement, but this was probably symptoms that something else was going on," Niki said.

Diagnosing ARVD can be challenging, Steinbaum said. It’s normal for our heart to pound and pump when we get nervous or anxious, but walking around town and feeling your heart pound and pump is not normal, she explained.

"It's really hard to tell the difference between anxiety, stress and really a heart condition,” Steinbaum said.

Your doctor will be able to know if you have heart flutters or an irregular heartbeat like Krissy did, and it could save your life.”

“If you have symptoms of shortness of breath, if you have palpitations, if you feel dizzy the first place you have to think is your heart. So what I tell everyone is don't diagnose yourself, just go to the doctor," she added.

To help more women understand their risk of heart disease, the number one killer of women, Niki partnered with the American Heart Association and their Go Red for Women campaign.

"We just want people to go get an EKG (electrocardiogram), your doctor will be able to know if you have heart flutters or an irregular heartbeat like Krissy did, and it could save your life,” Niki said.

ARVD occurs in about one in 5,000 people and usually affects teens or young adults. Even though ARVD is rare, heart disease in women is not. In fact, one in three women will die of heart disease, that’s one woman every 80 seconds — and 80 percent of the time it can be preventable.

Women should ask their doctor for an EKG and have them check their numbers at least once a year, Steinbaum said. That includes your cholesterol, blood pressure, sugars and body mass index numbers.

“You need to see your doctor and really push for these things, don’t have someone say to you ‘You’re fine, you’re anxious, it’s in your head,’ because we hear that all the time, and it’s not in your head, it’s in your heart,” said Steinbaum, who is also a Go Red for Women spokesperson.

After years off the catwalk, Niki returned to the runway as part of the Red Dress collection presented by Macy’s.

“Krissy would definitely be so proud that we’re getting this message out,” Niki said. “I know she’s smiling down on us … but I miss her.”