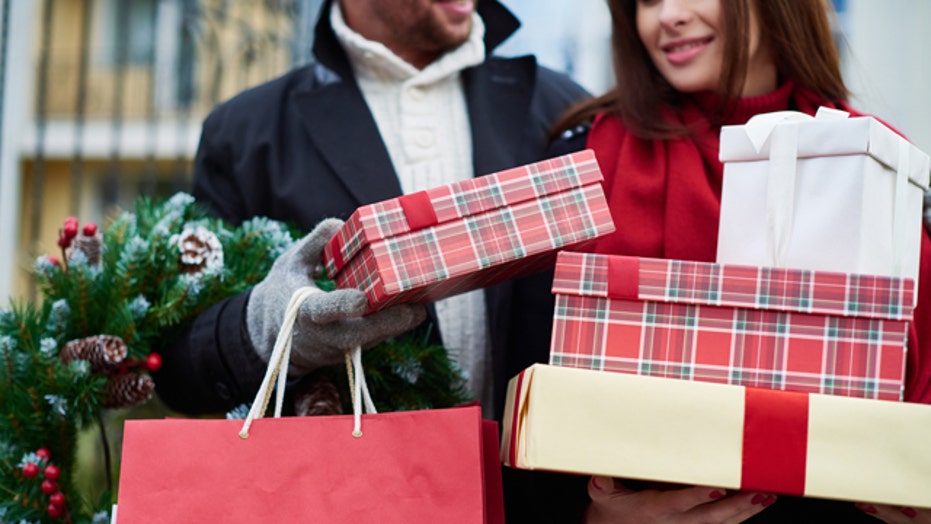 How your holiday shopping can save lives

With Americans set to spend more than $900 billion this holiday season, there’s one gift we should all consider adding to our list: The gift of hope for thousands of children suffering from cancer. Marlo Thomas joins Dr. Manny to let viewers know how they can help

With Americans set to spend more than $900 billion shopping this holiday season, according to the American Research Group, there’s one gift we should all consider adding to our list: The gift of hope for thousands of children suffering from cancer.

Dr. Manny recently sat down with Marlo Thomas, actress and national outreach director for St. Jude Children’s Research Hospital, and Ali, a 13-year-old leukemia survivor, for an episode of FoxNews.com’s Health Talk to find out how to get involved. Thomas’ father, Danny Thomas, founded the Memphis, Tennessee-based pediatric treatment and research facility.

“It costs $2.4 million a day to keep St. Jude healthy and vital, and because we have a research center and a treatment center under one roof, we're talking about a big expense for each child to have both a doctor and a scientist on their case,” Thomas told FoxNews.com. “And then my father made this fantastic promise on his founding day and that was that no family would ever pay St. Jude for anything.”

St. Jude treats about 7,800 patients each year with the hospital covering not only the cost of treatment, but also travel, housing and food for patients’ families.

When she was just nine months old, Ali, who did not disclose her last name, was diagnosed with acute myeloid leukemia (AML), a cancer that starts in the bone marrow and usually quickly spreads to the bloodstream and other organs, which can make it difficult to treat, according to the American Cancer Society. The remission rate for kids with AML at the time of Ali’s diagnosis was just 55 percent, Thomas said, but has since jumped to about 70 percent.

Ali and her family traveled from their home in Chicago to Memphis for her treatment.

“St. Jude is like family to me,” Ali told FoxNews.com. “It's so nice going back there, it's like meeting extended family.”

Ali said she doesn’t remember much from her initial treatment, but that St. Jude has remained a constant in her life. Today, she is part of the hospital’s After Completion of Therapy (ACT) program, which will follow her until she is 18 years old to monitor her health and treat potential long-term side effects from treatment.

Not only does the ACT clinic help childhood cancer survivors stay healthy, but it also serves as a research gatherer for adjustments to courses of treatment for future patients, Thomas added.

“We follow Ali for the rest of her life so that we know what her chemo or radiation, whatever treatment she had, how that has affected her life,” Thomas said. “How's her hearing, how's her eyesight, how's her liver, is she going to be able to have children?”

Thomas said the nonprofit’s 2016 Thanks and Giving campaign point is simple: Treating children like Ali is what St. Jude Children’s Hospital is all about and it wouldn’t be possible without help from the American public.

Several celebrities have signed on to help spread the word, including Jennifer Aniston, Jimmy Kimmel, Michael Strahan, Sofia Vergara and singer Luis Fonsi, who are all featured in television spots airing nationally throughout the holiday season. St. Jude has also teamed up with 60 retailers like Best Buy, Ann Taylor, Pottery Barn and Brooks Brothers, where donations can be added to the bill at check out if they wish to donate.