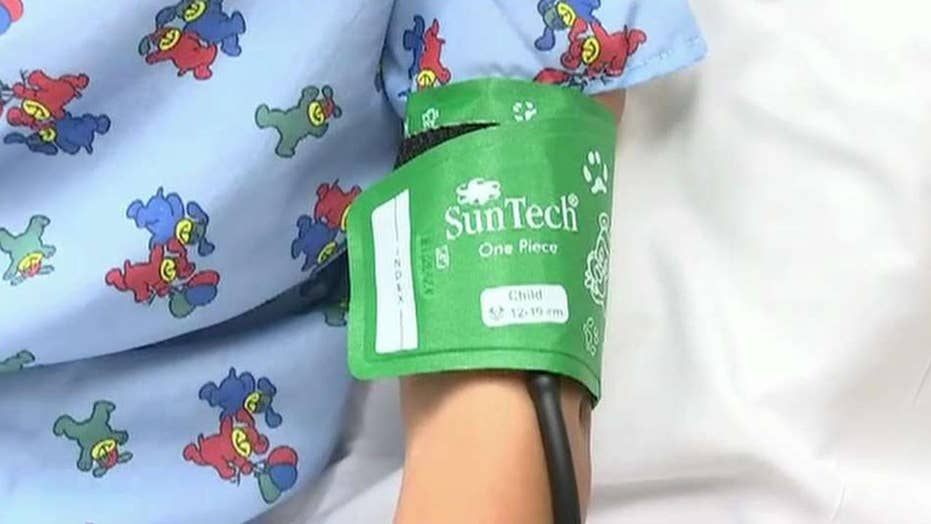 The first case of acute flaccid myelitis (AFM), a rare but serious "polio-like" illness, has been confirmed in South Dakota for the first time this year, state health officials said.

In conjunction with the Center for Disease Control and Prevention (CDC), the South Dakota Department of Health confirmed the case this week. The health department did not reveal the person’s name, age or where he or she lives in the state.

“The case is an adult who experienced a mild respiratory illness with fever prior to developing muscle weakness, for which they were hospitalized,” the health department said, adding no other cases of AFM in South Dakota are under investigation at this time.

This year, there have been 165 confirmed cases of the illness across 36 states, according to the South Dakota Department of Health. Most of those who developed AFM are children 18 years of age or younger.

“AFM is a rare but serious condition, most often diagnosed in children, that affects the nervous system, causing muscles to weaken. Most cases of AFM had a mild respiratory illness or fever consistent with a viral infection before they develop muscle weakness, but no specific cause has been identified,” Joshua Clayton, a state epidemiologist, said in a statement.

The confirmed case in South Dakota comes after the CDC said earlier this month that cases of AFM appear to have "peaked."

“Based on the number of reported cases of AFM in the United States through November 30, 2018, it appears that the number of persons under investigation (PUIs) for AFM has peaked and will continue to decline for the remainder of 2018,” federal health officials said in a statement at the time.

AFM primarily impacts the central nervous system, “specifically the area of the spinal cord called gray matter, which causes the muscles and reflexes in the body to become weak,” the health agency says online.

The illness can be caused by certain enteroviruses or “a group of viruses that cause a number of infectious illnesses which are usually mild,” according to the European Centre for Disease Prevention and Control.

For the past four years, the CDC said 90 percent of AFM patients “had a mild respiratory illness or fever consistent with a viral infection before they developed AFM.”

Symptoms of AFM include facial weakness or droopiness, difficulty moving the eyes, drooping eyelids, trouble swallowing, and slurred speech, according to the South Dakota Department of Health.

“If parents see potential symptoms of AFM in their child, (for example, if he or she is not using an arm) they should contact their clinician as soon as possible,” the state health department cautioned. “While there is no specific treatment for AFM, clinicians may recommend certain interventions on a case-by-case basis.”