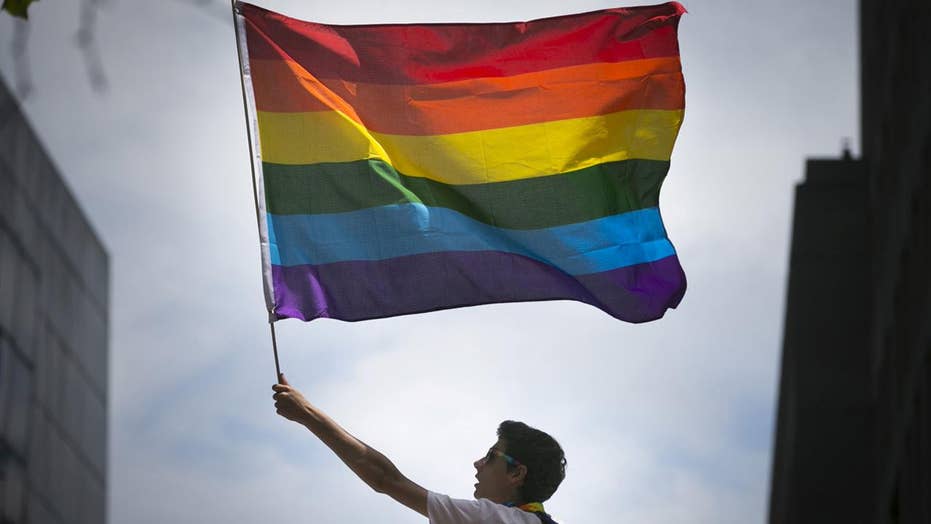 Nearly one third of first-year college students have thought about suicide, according to a study across eight countries, and non-heterosexual identity or feelings were the biggest risks for this kind of thinking or behavior.

Having a religion other than Christianity, being female, having unmarried parents or at least one deceased parent and being age 20 or older were also important risk factors, though being a sexual minority also carried the highest risk of transitioning from suicidal thoughts to plans to attempts, the researchers found.

"It is important to realize . . . that the relative increase in risk is still modest," said lead author Philippe Mortier, a neuroscience researcher at Leuven University in Belgium. "Especially when we consider suicide attempts (with a lifetime prevalence of 4.3 percent), it is important to keep in mind that most students who struggle with sexual orientation issues will not develop serious suicidality," he said by email.

'IT DOES GET BETTER': ADVOCATES ADDRESS SUICIDE IN LGBT COMMUNITY

These results do suggest, however, that the first year of college could be an ideal time to screen all entering students for suicide risk and intervene appropriately, the study team writes in the Journal of the American Academy of Child and Adolescent Psychiatry.

"It is therefore important that future studies take into account a higher number of additional risk and protective factors to better differentiate which particular students in high-risk groups will go on and commit attempts and eventually suicide," Mortier added.

Globally, suicide was the second leading cause of death among 15- to 29-year-olds in 2015, according to the World Health Organization (WHO).

Although the lifetime prevalence of suicidal thinking or behaviors varied by country, ranging from 15 percent to almost 45 percent, the age of onset and persistence of suicidality as well as the risk factors were very similar among all late adolescents, the authors note.

Overall, half of the participants were 19 years old or younger, and 32.7 percent reported ever having thought about taking their own lives. A subset of 17.5 percent had made plans for how they would commit suicide and 4.3 percent had made an actual attempt. Three quarters of these students reported having first had suicidal thoughts by the time they were 16 years old.

Other factors like non-Christian religion, age and parental characteristics raised risk by about two-fold or less.

Sexual orientation also raised the likelihood of transitioning from suicidal thinking to plans or attempts by up to three-fold.

"Some people worry that this data may stigmatize sexual minorities," said Jacqueline Pistorello, a clinical psychologist and researcher at the University of Nevada, Reno's counseling services, who wasn't involved in the study. "Suicidality has multiple pathways. We need to focus on what are the skills we need to give these kids to keep them alive," she said in a telephone interview.

Among the study's limitations are low response rates in some countries, and the fact that participants might not be as forthcoming about suicidal thinking in an online survey as in an interview with another person, the authors note. In addition, the study highlights associations but cannot prove that certain risk factors directly cause suicidal thoughts or tendencies.

"Maybe this study will get the attention of a university administrator who will see the suicide problem as not just at their school, but widespread and it may elevate their level of awareness," said Victor Schwartz, chief medical officer at the JED Foundation in New York, which targets the mental health of young adults, who wasn't involved in the current research.