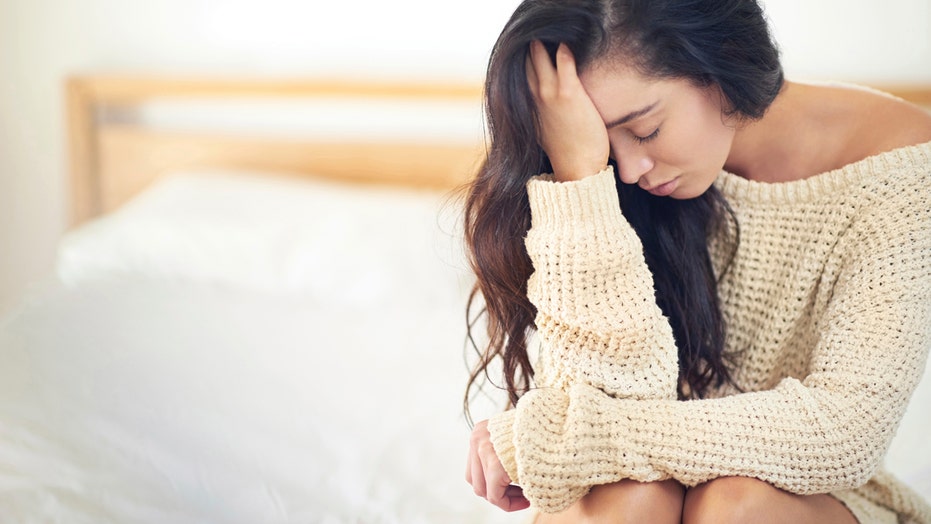 In the United States, 1 in 2 women are sexually abused in their lifetime, as are 1 in 5 men. Fox News’ Julie Banderas recently sat down with Layla Martin, a sex expert and sexual abuse survivor, to talk about her story and how others can rehab their lives too

Sex expert Layla Martin has helped thousands of men and women across the country reclaim and revamp their sex lives. Watching her blog videos on how to explore tantric sex or master your pleasure zone, many people are surprised to learn she once struggled with sex for decades and is a survivor of sexual abuse, a traumatic event that can permanently scar individuals emotionally.

Thirty-two-year-old Martin was sexually abused by her father from age 3 until she was about 7 years old. She struggled with depression and broken relationships for years. To try to heal from the trauma, she used traditional and non-traditional therapies, some of which she learned about when she studied sexuality at Stanford University and in the jungles of Asia with tantric masters.

Fox News’ Julie Banderas recently sat down with Martin to talk about her story and how others can help rehab their lives in the face of struggle, too.

“[Sexual abuse is] one of the secret killers inside of people, and contributes to so much depression [and] self-hatred, they have difficulty with relationships, sexuality, finances,” Martin told FoxNews.com. “It goes so much deeper than most people realize … and I don’t think what we do as a society is as much as it needs to be to stop it.”

In the United States, one in two women and one in five men are sexually abused in their lifetime, according to the Center for Disease Control and Prevention (CDC). One of the biggest challenges victims face is speaking out and admitting they were abused.

According to the National Sex Offender Public website, about 70 percent of sexual assault cases are not reported to authorities.

“I actually did try to tell my mother when I was young,” Martin said. “A lot of children they feel such shame and they take it on themselves, I certainly took it on as being my fault.”

When Martin reached her early 20s, she felt ready to share her story. Her journey to sexual healing started with talk therapy, but that only took her so far.

“I eventually realized that talking about it wasn’t quite enough,” she said. “It was really sitting in my body— it was tension, it was pain, it was numbness. So I went to Asia to actually learn the deep healing practices of tantra, and I spent about seven years working on releasing the trauma and the pain.”

Yoni Massage
Yoni massage was one of the practices Martin learned from her tantra teachers. She describes it as therapeutic vaginal massages performed by your partner or a trained practitioner— though she cautions her clients to be careful when choosing a specialist as there are many frauds in the business.

“It’s actually designed to be a healing and a release because so many women who’ve been abused, they never actually have a way to revisit the area and do really deep healing,” Martin said. “Yoni massage was really good for me to release the pain and tension that was inside my body.”

Tantric bioenergetic healing practice
In this practice, patients locate the trauma in their body, and use the breath to clear bad memories and fill that space with positive memories or thoughts instead, Martin said.

“[The practice] allowed me to actually feel the amount of pain that I was really in and then to be able to gently release it through sounding, through movement, so that my body felt more free of them,” Martin said.

Eye movement desensitization & reprocessing (EMDR)
EMDR is a type of psychotherapy where patients recall a disturbing traumatic memory while a therapist moves his finger or an object in front of them and asks them to track the movements with their eyes. Gradually, the therapist asks the patient to switch his or her thoughts to pleasant ones.

“[It] has to do with the bilateral movement of the eyes. It brings the left and right brain hemispheres together into integration because what trauma does is it actually separates pieces of the brain,” Martin said. “A lot of therapies work with the person being able to revisit the trauma but from a place of integration, and that creates healing.”

Dr. Daniel Bober, a psychiatrist and assistant clinical professor at the Yale University Child Study Center, said EMDR is an Evidence Based Treatment for the treatment of trauma.

“The goal of these treatments is to reprocess the trauma by changing the physiological responses to it and manage the anxiety in a way that the memories of the trauma are not consuming the individual, so that they are able to live a happy and productive life," Bober told FoxNews.com.

Trauma releasing exercises (TRE)
This therapy entails a series of exercises that helps the body release deep muscular patterns of stress, tension and trauma. The exercises are designed to cause an intentional, self-controlled muscular tremor deep in the body. Many TRE therapists do this by physically fatiguing muscles in the body. For example, when you do a classic wall-sit where you position your back against a wall, and after sitting on an invisible chair for about five minutes, your legs begin to shake. Evoking these types of tremors is thought to restore homeostasis in the body.

“You start making yourself shake originally, and then what will happen is your body will take over, and it will complete the freezing mechanism that originally happened that locks the trauma into the body,” Martin said.

Although large studies have not proven the efficacy of TRE, Dr. Lisa Palmer, a psychotherapist in West Palm Beach, Florida, said the exercise may hold promise.

If you or someone you know has been sexually abused, you can get help from the National Sexual Assault Hotline by calling (800) 656-HOPE.