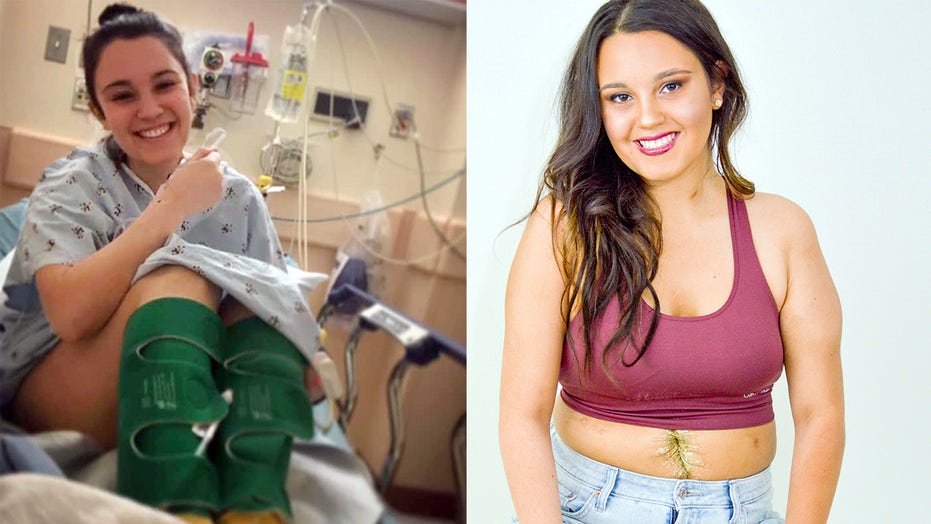 A young woman was severely injured when her seat belt sliced into her abdomen after crashing her car.

Gina Arnold, from Macomb, Mich., lost control of her vehicle while driving home in the rain in October 2017. The car reportedly flipped over several times and, while the seat belt saved her life, it also left her with a serious, life-altering injury.

Gina Arnold will never fully recover from the accident which left her with no abdominal wall. (Gina Arnold /CATERS)

Arnold spent three says in a coma, People reports. The injury caused by the seat belt was something that doctors in Michigan claim they had never seen before. It destroyed her abdominal wall, leaving her internal organs vulnerable.

“I wasn’t expecting to be in constant pain every single day,” Arnold told People. “It was really frustrating being a 21-year-old and not being able to do the things a 21-year-old could do. I had the energy of a 90-year-old. I definitely had my days when I was extremely down. But I went to therapy and I kept reminding myself, ‘I’m alive, something good is going to come out of this.’ I tried to keep my spirits up.”

Gina Arnold underwent eight hours of surgery to get a mesh to protect her organs. (Gina Arnold /CATERS)

Since then, she’s had 21 surgeries and will likely be dealing with the effects of the injury for the rest of her life.

“I was an athlete before this accident and it’s something I’ll never do again,” she told People.

In December, Arnold underwent eight hours of surgery so a mesh could be placed where her abdominal wall used to be. Still, there’s no guarantee that this will work.

“There is no plan B for if my mesh does tear,” she told People. “If my mesh tears, they don’t know what to do after that.” Arnold claims she has to be extremely careful, since tearing the mesh would reportedly tear her remaining muscles. She can only stand for short periods of time and has had to alter the way she eats.

In the meantime, she’s returned to the Northern Michigan University and hopes to become a sports psychologist. She told People, “I want to teach students that you never know the last time you’re gonna play, so take advantage of the sport that you’re in.”