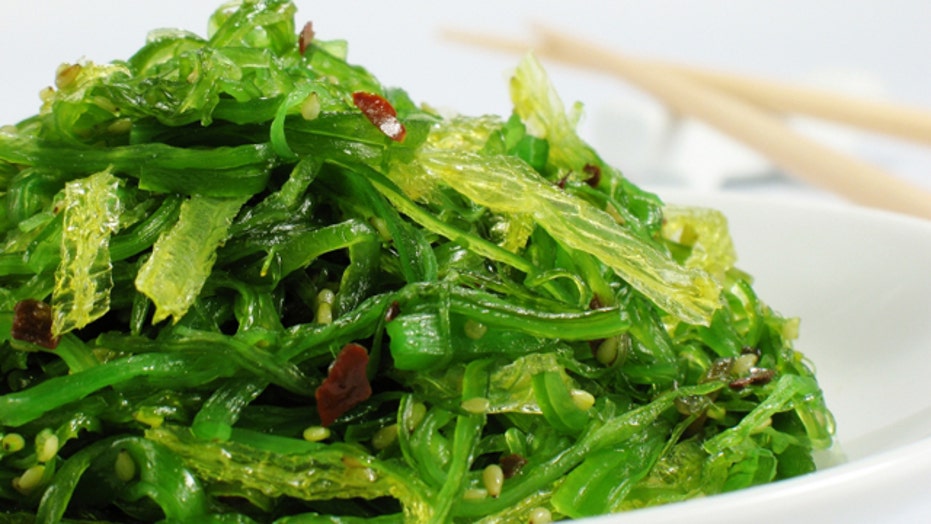 The Medicine Hunter, Chris Kilham, says seaweed is one of the most nutritious vegetables available. It also has many other health benefits including aiding in weight loss

For thousands of years, Japanese, Chinese and Aboriginal Australians have enjoyed seaweed, better known by its dietary proponents as sea vegetables. Familiar to those who spend time at the beach or swim, scuba or snorkel in ocean waters, these plants are actually classified as algae.

Somewhat later in history, Native Americans and Scandinavians also incorporated sea vegetables into their diets. Today, sea vegetables are typically eaten in Japanese restaurants, available in Asian markets and on the rise as part of a health-conscious diet. They are on the shelves of most natural food stores and are ingredients in healthy cookbooks.

Sea vegetables rank among the most nutritious foods on earth. They typically contain large quantities of minerals and trace elements, including iron, calcium and iodine. They are also good sources of vitamins A, C, and many of the B complex vitamins. At the same time, they are remarkably low in calories. It is unlikely that anyone could gain weight by eating sea vegetables, and this makes them ideal for those who are trying to maintain a healthy weight or lose excess pounds. Satisfying in flavor, they make a great snack once you get used to them.

Some sea vegetables, notably the brown ones, can help to protect our bodies from radiation, due to their content of alginic acid. This polysaccharide, found in kombu, arame, hijiki and some other plant species, binds to radioactive strontium and eliminates it through the bowels. This does not mean that by eating sea vegetables you can endure dangerously high levels of radiation, but it does mean that if you have been exposed to radiation, some of it can be removed through the consumption of dietary sea vegetables.

Another nutritional aspect of sea vegetables is the content of thyroxin found in brown varieties. This iodine-containing hormone is also produced in the thyroid gland and functions both to regulate growth and to speed up metabolism. Daily addition of sea vegetables to your diet can help to boost metabolism overall, enhancing energy and improving weight control.

Researchers at the National Cancer Institute (NCI) have investigated sea vegetables, a number of which appear to possess anti-inflammatory, antiviral, antimicrobial, antifungal, and anticancer properties. Some of this activity is attributed to beta-glucans in these plants. This category of compounds is especially useful for improving immune function among those whose immune systems have been suppressed.

Commonly eaten sea vegetables include agar, alaria, arame, dulse, hijiki, kelp, kombu, nori and wakame. You can find many of these in natural food stores. Maine Sea Coast Vegetables has a very good assortment of these. The Sea Vegetables Celebrations Cookbook gives tasty recipes for incorporating these super healthy foods into your diet.

The term “weed” usually refers to a plant believed to have no particular value as far as humans are concerned. This is certainly not the case with sea vegetables. Nutritious, protective, remarkably low in calories and very good tasting, sea vegetables may just find their way into your kitchen and your diet.

Chris Kilham is a medicine hunter who researches natural remedies all over the world, from the Amazon to Siberia. Chris advises herbal, cosmetic and pharmaceutical companies, is a regular guest on radio and TV programs worldwide, and is the author of fifteen books. Read more at MedicineHunter.com.
ADVERTISEMENT